On 1st March 2018, Kenyans woke to the bold headline “Heatwave a sign of bad things to come” carried by the Daily Nation. The story brought to the fore the devastating effects of climate change and cast a grim future unless every person learns to appreciate and embrace environmental conservation. While Kenya is not a direct contributor to global warming, the effects of climate change which are bound to worsen calls for concerted efforts from all sectors in the country because it concerns each aspect of the economy. The starting point should be listening and learning from the people expected to conserve the environment because we don't have the financial muscle to fund the cleaning up of polluted air, water and soils and litigation and medical costs. 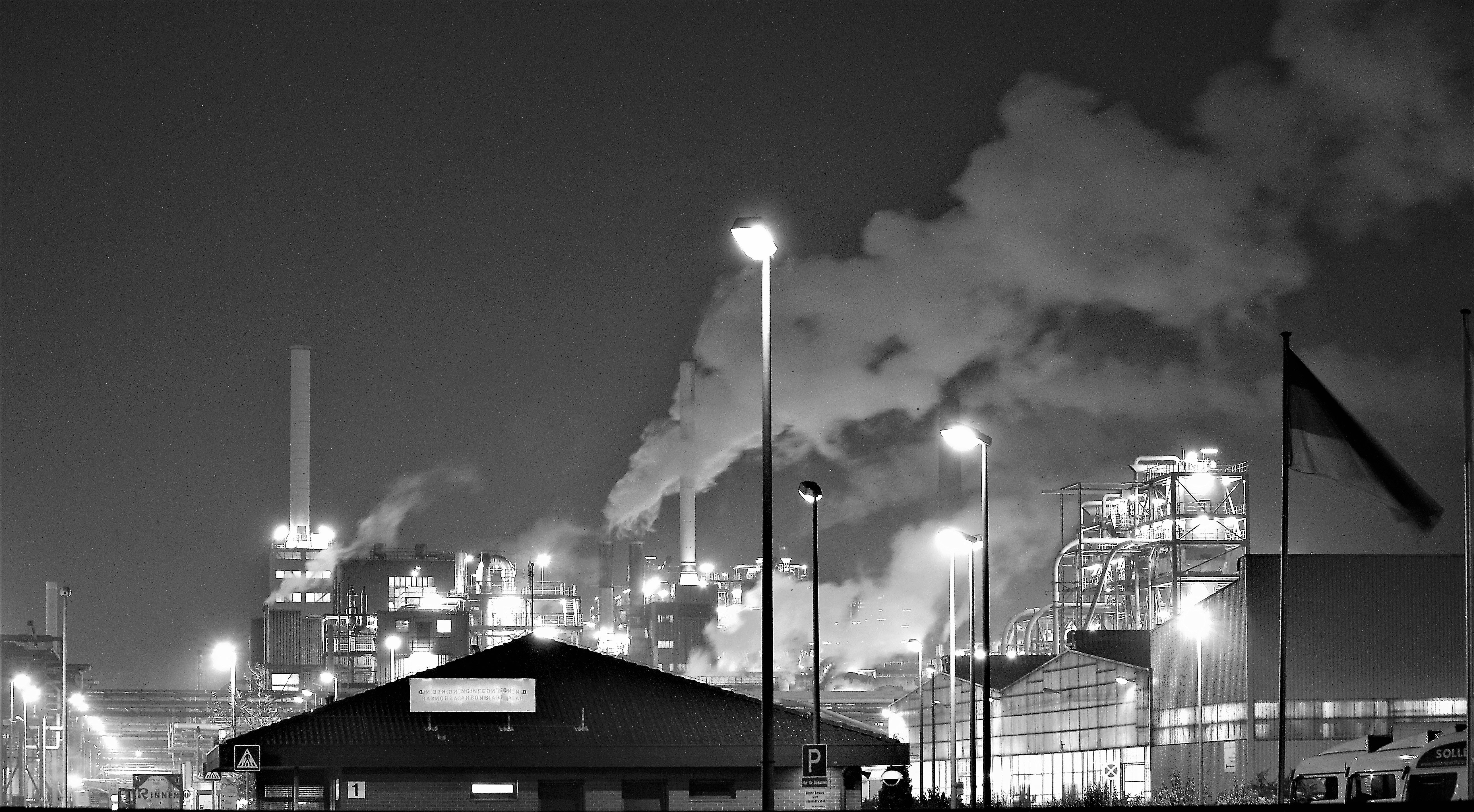 Given the current unpredictable weather patterns that have led to drought and famine, there is no doubt that climate change is the largest threat facing our environment. This is a concern that is shared by many countries around the world hence the reason why the Paris Climate Conference (COP21) was convened in December 2015. At this conference, 195 countries adopted the first-ever universal, legally binding global climate deal commonly known as the Paris Agreement.

The Paris Agreement sets out a global action plan to strengthen the global response to the threat of climate change by keeping a global temperature rise this century well below 2 degrees Celsius above pre-industrial levels and to pursue efforts to limit the temperature increase even further to 1.5 degrees Celsius since this would significantly reduce risks and the impacts of climate change. At the very basic level, the Paris Agreement is a bridge between today's policies and climate-neutrality before the end of the century.

Additionally, the Agreement aims to strengthen the ability of countries to deal with the impacts of climate change. To reach these ambitious goals, governments agreed that appropriate financial flows, a new technology framework, and an enhanced capacity building framework will be put in place, thus supporting action by developing countries and the most vulnerable countries, in line with their own national objectives. To this end, countries submitted comprehensive national climate action plans (Nationally Determined Contributions (NDC)). Although these are not yet enough to keep global warming below 2°C, the Agreement traces the way to achieving this target.

The Agreement also provides for enhanced transparency of action and support through a more robust transparency framework. There will be a global stocktake every 5 years to assess the collective progress towards achieving the purpose of the Agreement. It entered into force on 4th November 2016 and since then it has been ratified by 174 of the 197 countries that were present at the conference. With a very ambitious NDC, Kenya is one of the countries that ratified the Agreement. Within her own borders, Kenya has enacted legislation such as the Climate Change Act 2016, The Forestry conservation and Management Act 2016 and National Climate Change Response Strategy.


Environmental Education
To develop effective environmental education, there are key questions which must be answered. With the recent 90-day ban on charcoal, how do we convince rural people who depend on fuelwood as the sole source of energy to conserve trees when they are not provided with an alternative cheap source of energy that match their level of skills? With declining household food security how can they appreciate environmental education let alone conservation when their social condition and their political participation are given low priority? What conditions will make us accept that environmental conservation and biodiversity conservation have long-term benefits which outweigh short-term gains?

If we were to look at Kenya’s consumption of commercial energy, we will notice that there has been a progressive decline over the last three decades. In 1971, the per capita consumption was 116 kilograms of oil (kgoe); by 1994 it had declined to 07kgoe. This downward trend has continued further into the new millennium and in 2001 the per capita consumption was 95 kgoe. Conversely, the cost and accessibility of energy has had and continues to have significant impacts on all economic activities. Lack of reliable energy supply discourages business activities, while high power costs result in expensive goods.

There is no doubt that Kenya is endowed with significant amounts of diverse renewable energy sources, including biomass, solar wind, geothermal, biogas, mini/micro hydro and bagasse cogeneration. According to a recent study by the Ministry of Energy, the biomass resource base is estimated at a standing stock of 35 million cubic meters grown mainly on farms through agro-forestry, which currently produces 84 % of the total consumption, while gazetted forests and trust land provide 8% each. The current demand for fuelwood is estimated at 43 million metric tonnes relative to a sustainable supply of 15 million metric tonnes. This translates to a deficit of 28 million tonnes. Without policy intervention, this deficit is expected to rise to 34 million metric tonnes by 2020.

Kenya receives an estimated 4 to 6 KiloWatt hour (KWh) per square metre per day of solar insolation, equivalent to about 300 million tonnes of oil equivalent per day. However, only a tiny fraction of this resource is harnessed for commercial and household activities including crop and animal products drying, water-heating, pumping, and electricity generation. To regulate the solar photovoltaic industry, quality standards and codes of practice have been formulated.

Wind is another significant source but has hitherto remained largely unexploited. Currently, only 0.55MW of wind power generation capacity is installed nationally and 300 water pumps are in operation mainly in the arid and remote parts of the country.
Biogas technology is a viable supplementary source of rural energy for cooking and lighting. Adoption of the technology peaked in the mid-1980s, but the rate of further diffusion has been declining since. It is estimated that about 1, 100 units have been installed. The major constraint against faster diffusion of biogas technology is the relatively high up-front cost and limited understanding of the technology.

In light of the foregoing, it is clear that there are indeed alternative sources of energy – energy that is renewable. It is indeed clear that promotion of environmentally clean energy is an important key to sustainable development because they help reduce the emission of greenhouse gases. The environmental friendliness of these energy sources stands out against the environmental fossil fuel based power sources. This, I believe, is something positive especially if we intend on staying below 1.5 degrees Celsius.


Going Forward…
The starting point should be listening and learning from the people who are expected to conserve the environment if we are to stay below 1.5 degrees Celsius. In this way, environmental activists and educationists will readily appreciate the existing problems and be in a position to develop effective strategies to accomplish the task. We must not stop at just creating awareness. We need to intensify environmental education and training especially among our brothers and sisters who are steeped in the capitalist model of development which holds nature in avarice and profit. These are the people who need to be convinced of the urgent need to stop the tyranny of the acquired avarice and conspicuous material consumption.

There is no doubt that we do not have the financial capacity to meet the costs of cleaning up polluted air, water, and soils as well as that of litigation and medical costs. If we are to play our part in staying below 1.5 degrees Celsius, our best hope lies in preventive measures such as effective environmental leadership training at all levels and intensive environmental education through schools, colleges, universities, workshops rather than in the current react-and cure approach.

There is also an urgent need for the government to vigorously champion alternative renewable sources of energy by subsidizing the costs of, for instance, acquiring solar panels.

The bottom-line to staying below 1.5 degrees through effective environmental education and management remains political will to create an enabling environment that is conducive to the provision of basic human needs. It is that will that inspires government and empowers the citizens to take charge and shape their own destiny.

The tragic irony, however, is that our leaders though fully aware of climate change and other environmental crisis, spend more resources on military hardware and pilfer the rest. In so doing, they have become architects of environmental degradation and pollution. Unless these internal distortions in vision and practices are corrected, anything else that environmental activists and educationists do will not make an impact. Our leaders and policymakers must not dither. They must act now and prioritize environmental education alongside sustainable development programmes. We must start putting our acts together period!!