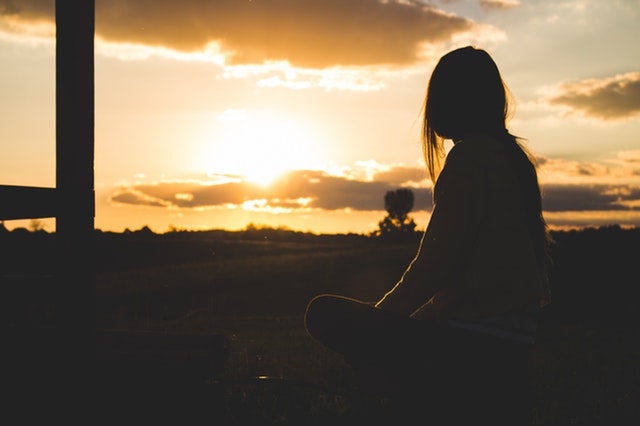 Unlike male circumcision, this act causes physical injury and leaves a life-long emotional scar and pain for girls and women who survive it.

The report of the investigation undertaken by Value Re-orientation for Community Enhancement (VARCE), an organization working on Youth, Environmental health and development,

The outcome of the findings made available to this reporter by its Executive Director, Ademola Adebisi, showed the prevalence of FGM in Ibadan North-East, Ibadan North, Akinyele and Afijio Local Government areas of Oyo state.

“It was in the course of my investigation that I discovered that those who hide their children or even run away with them so as not to undergo this barbaric act are compelled to bring the children back home to carry out the rite or risk being excommunicated and ostracized or even called bastards. “

“A community leader also told me with confidence that some are brought back from wherever they are diabolically just to carry out genital mutilation on their girl child as that is the custom.”

These ones are ignorant of the fact that some children get infected due to the usage of one blade for all the children which can eventually lead to their death.

“Though I was also told that some community leaders in Oyo West, Orelope and Kajola Local Governments of Oyo State due to the prevalent rate of FGM in their respective LGAs separately and independently made a public declaration against FGM in December 2018, this evil act has not subsided in the area as they still do it secretly.”

The report also stated that an urgent action is also required in the state, most especially the local Government areas, where this practice is going on unabated to save the future of many innocent girls.

“For instance, in Aroro Village, Idi Obi, a lady, Adeagbo Adebimpe said she was tricked to come home from the northern part of the country to see her hailing mother with her 2 daughter and the girls was forcefully mutilated without her knowledge and consent.”

“People who have suffered the same fate started sharing horrible experiences of their girls who were cut, some with the consent of their ignorant father and some without. While it was later established that FGM is secretly being carried out with or without the consent of the parents, survivors of this dastardly and barbaric act all have only tales of woes to tell.”

As stated in the report, FGM varies and is classified into four types namely the Clitoridectomy, which involves the removal of the prepuce, with or without cutting all or part of the clitoris; Excision, where the clitoris is removed and there is total or partial removal of inner lips of the vagina; Infibulation, which involves the removal of part or all of the external genitalia and the vagina opening is stitched after narrowing it allowing for a small space where urine and menstruation can pass through.

“Infibulation is the most dangerous FGM type, because later surgeries are usually done on the women before and after sexual intercourse and childbirth to open and close the vagina; Unclassified type, which includes piercing, scrapping, pricking or making incision on the clitoris or/and the vagina lips, using harsh substances and herbs on the vagina or into it and stretching of the clitoris or lips of the vagina,” the report read.

In December 2018, PREMIUM TIMES reported that 13 percent of women – about one out of every ten – who have been genitally mutilated (Female Genital Mutilation) in Nigeria were cut by medical professionals. This new trend is being referred to as the “medicalization of FGM.”

“Despite the increasing campaigns against the barbaric act, many medical professionals have been engaging in the act, thus causing a setback to the eradication process of the practice,” Eugene Kongnyuy, Acting Country Representative, UN Population Fund (UNFPA), said.

What the law says

Section 6 of the Violence Against Persons Prohibition Act also known as the VAPP Act which prohibits harmful traditional practices like FGM was signed into law by former President Goodluck Jonathan in May 2015.

Also, section 26 of the Oyo state Child Rights Law signed in 2006 dictates that anyone who subjects a female child to genital mutilation is liable to pay a fine of twenty thousand naira and a jail term not exceeding two years.

Moreover, section 9 of the Oyo state Violence Against Women law (VAWL) of 2016 states that anyone who perform FGM is liable to pay a fine of a hundred thousand naira or a jail term not exceeding four years or both.

According to VAWL, anyone who attempts the act or anyone who incites, aids, abets or encourages the process is liable on conviction to two years imprisonment or eighty thousand naira fine or both

FGM in all LGAs but we are trying our best- NOA

The National Orientation Agency of Nigeria is the body saddled with the responsibility of communicating government policy, promoting patriotism, national unity, and development of Nigerian society.

In an interview with this correspondent, the NOA’s Assitant Director of programmes in Oyo state, Olatunji, confirmed VARCE report but stated that the agency is trying all it could to reduce the rate in the state.

According to him, the act is practiced in every local government but recently, the rate is waning due to the level of intervention by the agency.

“For now, the government has signed into law the bill for violence against women, so it has been passed into law and it has been signed. So, we are only waiting now that it has to be domesticated in all local government.”

“The next thing now if for them to print the copies for circulation, the copies are those laws where Females Genital Mutilation has been meant to be an offense and whosoever violate it now, there are sanctions for it, there are penalties.”

Asked about mechanisms put in place so far, even before the passage of the bill, Mr. Olatunji said that state government has commenced partnership with United Nations International Children’s Emergency Funds (UNICEF) to aid its fight against FGM.

Speaking of the affected places in VARCE report, the official explained that there are ongoing plans for a public declaration there.

“Ibadan North, we have not done declaration there. We are left with Ibadan North, Ogbomoso, Ibarapa North... those are the six prevalent local government in Oyo state. But out of those six now, we have done three, so, we are hoping that with more support we will get to all the local government.”

The Judiciary is ignorant of the law- UNICEF official says

Speaking with our reporter, the Oyo state team lead for UNICEF/UNFPA, Dare Olagoke, mentioned the ignorance of the judiciary as a factor in the prevalence of the unsafe practice.

“Dissemination of the law is the issue in Oyo state. The last state technical committee meeting that we had, we discovered that most judges in Oyo state do not even know that there is a law that prohibits FGM in the state.”

“We had big issues with them because the Police will tell you that it is a civil case and that the Civil Defense officers should be the ones to make the arrest. Civil defense will push it back to police… We don’t know who handles who, the jurisdiction and all of that.”

Speaking on the stance of the law, Mr. Olagoke explained that there are two different laws against FGM in Oyo with two different penalties.

“That one (Violence against women Law of 2016) states punishment for the perpetrators, circumciser, parents and anyone that supported the process.”

He, however, called for the harmonization of the two laws to help combat the inhumane act.

Meanwhile, he stated that UNICEF in collaboration with UNFPA has worked on FGM in Oyo state and had funded projects implemented by government agencies such as consensus building, dialogues, orientation programmes, empowerment and public declaration by major stakeholders in some Oyo communities.

Cite This Article As: Alfred Olufemi. "Despite being outlawed, Female Genital Mutilation Secretly Practiced in Oyo ." International Youth Journal, 01. May 2019.