One could begin with the flies, smells of rotten food, remains of emptied bowel or a community hounded by questions of abandonment. Like the hustle and bustle of Lagos tripartite statue , its mightiness welcomes strangers and bid farewell to residents; its overpowering stenches of treachery debar the community from unraveling her potentials. Such is the plight of people living in the rural part of Nigeria where open spaces receive the blessings of the bowel, and culinary waste find solace in the open field at the backyard 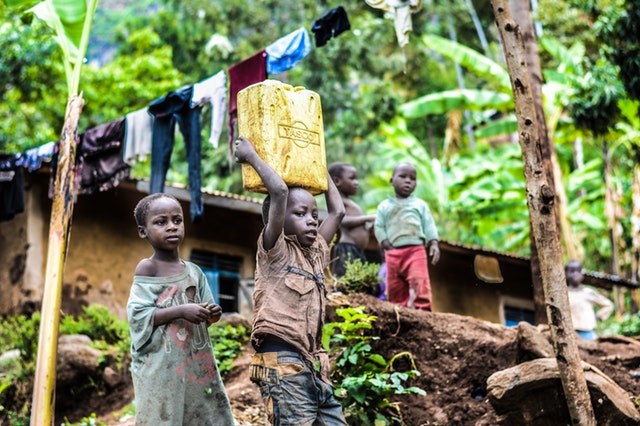 Like many communities in the suburbs of Ilorin, Dada is a community famed for her pottery and artistic exploits - a standing wonder of the early centuries. However, the debacle of open defecation and dearth of a proper sewage system remained the eyesore of the community; in lieu of toilet, residents use open field to dispose waste.

Although this has often been attributed to poverty that makes it a challenge to build toilets, government indifference in providing waste management facilities has been instrumental in the environmental apocalypse the community is deeply enmeshed.

One of the days this reporter visits, he walked through the visibly boulevard of dirt blowing freshness of dirts that remain the symbol of the community - a prolonged agony weeping for rapid response amidst domestic waste and smells that hem the community.


Dada magnificent refuse hill: a real eyesore
Dada refuse heaps is one among several open spaces that serve residents of the community and neighbouring communities. Beside the heap is a football field that has been overtaken by weeds, whose symbolic remains is a two healthy goal posts. To the left is a motor park, that harbours food vendors, at a visibly frontal landscape, amidst the humming flies that troop from the nearby dumping ground.

Mama Eleko, a food vendor, recounted the years she has used in the park. And the malady of environmental menses that hemmed the community. "Garaji Ondoko is my second home. I have been in this park for more than five happy years, selling pap and Akara. Though people do complain of the stenches coming from the heap, we have no choice". Mama eleko said when this writer visited her stall.

Residents whose house share boundary with the heaps lament how smells from the heaps inhibit their movement and pose immeasurable threats to their well-being, citing it as an eyesore of the capital city, Ilorin. "It is embarrassing! We hardly goes out to receive fresh air, the stenches from heap husbands the air. This is a cue to conclude that the health and basic needs of the people is not a priority to government" Abdulhakeem tewogbade, a resident, lamented as he entered into a tirade.


Who are the Dumpers?
Lack of sanitation and proper waste disposal infrastructure prompted residents of Dada community into dumping on open fields. Along this throng of dirts, this writer meets residents who pleaded anonymity for fear of intimidation and harassment.

"Field Tawangbemu" as it is fondly called serves not only Dada community but also neighbouring communities; Ijagun, Ondoko and outskirts of Alagbado. "We dump most of the refuse from my shop here. It is a routine schedule, it might be the turn of my colleagues tomorrow" Toheeb ( not real name), an apprentice, said while he made his way to dump the sack he was holding.
Abdulwasiu, a resident, recalls that even people comes with cars to dump refuse in the area particularly at night.

"This heap attract dumpers from neighbouring communities. In fact, some people come with cars and 'Okada' to dump refuse here. Had the government provided the basic infrastructure, no one would turn this to a refuse hill"


Not just Dada
Lack of a proper sewage disposal infrastructure is not confined to the shore of a community in Ilorin. Dada is not the only community in the suburb of Ilorin (the state capital) that suffers from brunts of this social and environmental malady.

Similar with Dada refuse heap is the Oke Amule water channel/runoff that runs through Oke Amule and Shamsudeen with its attendant repertoire of dirts that hooked the two communities like unnoticed hook worm.

While these menses enjoy an unalloyed down-the-line in the suburbs area, parts of the Ilorin city also thread along the path of this environmental apocalypse: Gambari T-junction, Balogun Fulani way and other strategic area of the capital city are deeply enmeshed in the menses with no concerted efforts in breaching the status quo in order to ensure an outbreak free environment.

Cite This Article As: Abiodun Jamiu Sulaiman. "Dada: A community buried in its own death." International Youth Journal, 26. November 2018.