16. December 2020 at 16:29
by Harshitaa Ashish
2020 has been a very unexpecting year and the world has been attacked by a pandemic. People from from different backgrounds and conditions in the whole world are affected and are still suffering. In spite all the difficulties, people did not give up and are still fighting! 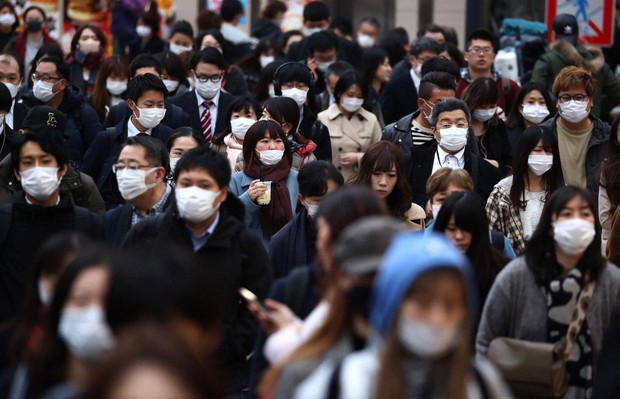 The year 2020 had a good start; people hoped for better things but no one knew or could imagine that a pandemic was waiting for us in the same year. This all started actually in China according to the people and the news in the end 2019. The doctors found out that it was a disease called covid 19 and could not be treated easily and did not have any vaccine. This was very dangerous and created a very big impact and problem not only to the affected people but also to the whole world. This caused a global pandemic.

As I mentioned, it started in China and a few people were affected and it was also shown in the news but no one considered it very serious. But later on, when the people started to travel and communicate in different places, people noticed that many were getting infected and some also died. This terrified the people. And also because of its sudden spread the doctors tried to research on the disease, and they noticed that all the people had similar symptoms caused by a virus called corona virus. By March 2020, was when it had an effect to the whole world by infecting thousands of people everywhere in the US, Europe, Asia, etc.

This way everyone realized that many precautions have to be taken. Thus, many countries all over the world closed every public places and gatherings and people had to stay home. Many rules and precautions were made by the WHO such as wearing masks, using sanitizers and maintaining six feet distance with people in public places. Also people started to attend online classes and work from home system. But all of these were not a pleasant experience for everyone, since the people who were affected and suffered the most were the poor. They are mostly dependent on their daily wages and had no source of income during the whole pandemic and lockdown situation. It was very difficult for them to live. But some very kind people were there who helped the people struggling to survive and live by providing food and other very essential things for their daily lives. Not only covid 19 but certain disasters and accidents created a lot of trouble to people.

The education sector also had a major affect since students could not attend schools and colleges, and had to attend every work they had online. This way the yearly plans were all lagging behind. And it was also particularly very difficult for those who did not have any proper good facilities and internet. In spite all the problems, there were some positive things , like people now were living together after a long time, and also many people tried activities which they could not do before the whole lockdown and pandemic. There were some people who still went out denying the rules. All these situations continued for months.

Every doctor around the whole world tried their best and gave all their time and efforts in helping people to cure from the corona virus, even though many did not survive. We considered them as the front liners. They were the busiest and important people in a situation like this. So I respect them very much.

The World Health Organization and many other virus research organizations tried to find a vaccine but nothing is approved till now. People are still in their home, some still go out with all precautions because of their work and other reasons. But surprisingly, the people are used to this routine and the fear and terror of the virus has been reduced among the people compared in to the beginning of the pandemic. But there are still a lot of positive cases, and the doctors are still trying their best.

Thus, I hope this whole pandemic comes to an end as fast as possible, because we all need our old routines and daily life back which had no problems and were much peaceful. The pandemic has created a whole new lifestyle and also made a lot of people realize the value of many things of their previous daily life even for me. I really want to go to school nowadays. And I would finally like to thank all the doctors and people in the medical sector and also those who helped a lot during this whole unexpected situation.

Cite This Article As: Harshitaa Ashish. "COVID 19 AND THE CHANGES IN SOCIETY. ." International Youth Journal, 16. December 2020.