With Nepal facing huge impacts of Climate Change already and more likely to further increase in future, it is necessary to aware people about the causes, impacts and measures to adapt and mitigate it. 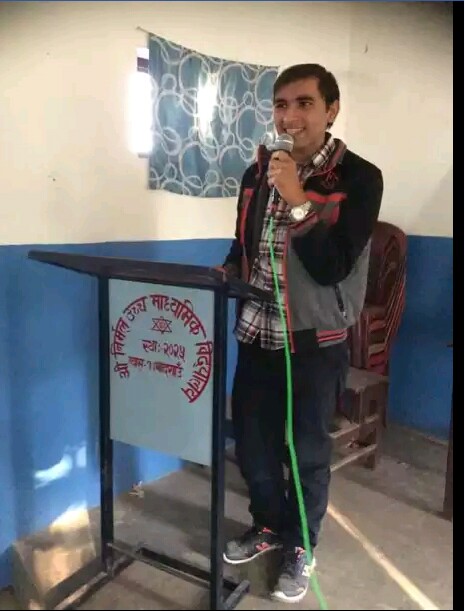 Climate Change is current issue of global concern. For developing countries like Nepal which is fourth vulnerable nation in terms of effects of climate change, it is the matter of more concern. Although Nepal is prone to most impacts of climate change which can seriously harm its economy through its impact on tourism, forestry and agriculture; 53% of the population are away from the knowledge of climate change.

With the need of climate change awareness campaign, We Youth Innovation Network in collaboration with Nepalese Youth for Climate Action organized an climate change awareness school campaign "The Science Of Climate Change" on November 30 at Nirmal Secondary School, Vyas-1, Damuali, Tanahun . The program was attended by around 70 enthusiastic students of class 9 and 10.

It is necessary to aware students through school campaigns so that they will be encouraged and inspired to conduct awareness campaign at their local community increasing the level of awareness among people.