28. May 2018 at 16:32
by Agnes Kusuma
Imagine yourself as a 16 years old girl who has a dream of becoming a lawyer, a doctor, or an engineer. But, suddenly you are asked to marry a guy who you don’t know who he is. You don’t have any choice. You should accept it, for the sake of your family’s condition. Or maybe for the sake of custom in your region. When you want to reject it, people will say that government has been allowing a 16 years old girl to get married. Again, you don’t have any choice but get married with your soon-to-be-husband and throw your dream away. 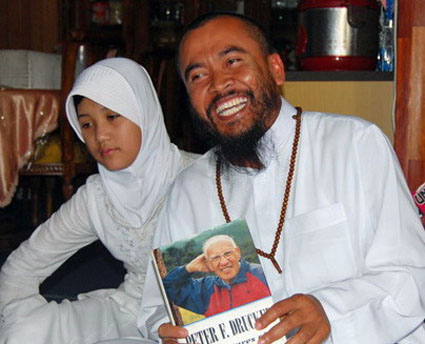 According to UNICEF, one in seven girls in Indonesia is married before the age of 18. It is a shocking reality, isn’t it? As a 18 years old girl, I regret my own government’s decision to not raise the minimum age for marriage. I believe that child marriage brings more harm than good. There are some reasons why we should be against child marriage.

1. Girls under 15 are five times more likely to die in childbirth than women in their 20s and face higher risk of pregnancy-related injuries, such as obstetric fistula. This is the health consequence that child married girl should face. When other girls go to school or hangout with their friends, child married girl should face that thrilling possibility. This the first reason why we should be against child marriage.

2. Child brides are often unable to negotiate safer sexual practices and are therefore at a higher risk of HIV and other sexually transmitted infections. This is another health consequence that child married girl should face. As we know, HIV is so dangerous. Child marriage can increase their possibility of HIV. This is really dangerous, right?

3. Child married couple tend to drop out from their school. As someone who has low education level, it must be hard for them to get a job which gives proper wage. They can live properly with the minimum wage. If they get a job, mostly they will get job in informal sector, like labor.

4. Central Statistic Agency (BPS) said that child marriage has deflated 1.7% GDP. This reason has causality with the previous reason. The child married couple’s life influences our country’s economic sector. So, basically not only people who live around them but we, as a citizen, can get bad impact from child marriage.

Those are some reasons why we should be against child marriage. They have their own dream. We should give them more chance and support, so that they can fulfill it.


Cite This Article As: Agnes Kusuma. "Child Marriage in Indonesia : Do We Have To Support It?." International Youth Journal, 28. May 2018.