Sometimes all we need to catch a glimpse of our purpose is to travel to the extremes of the earth – those places most people will not go due to disease infestation, poverty and underdevelopment. You never know, your purpose might be right there, just waiting for you to come get it! 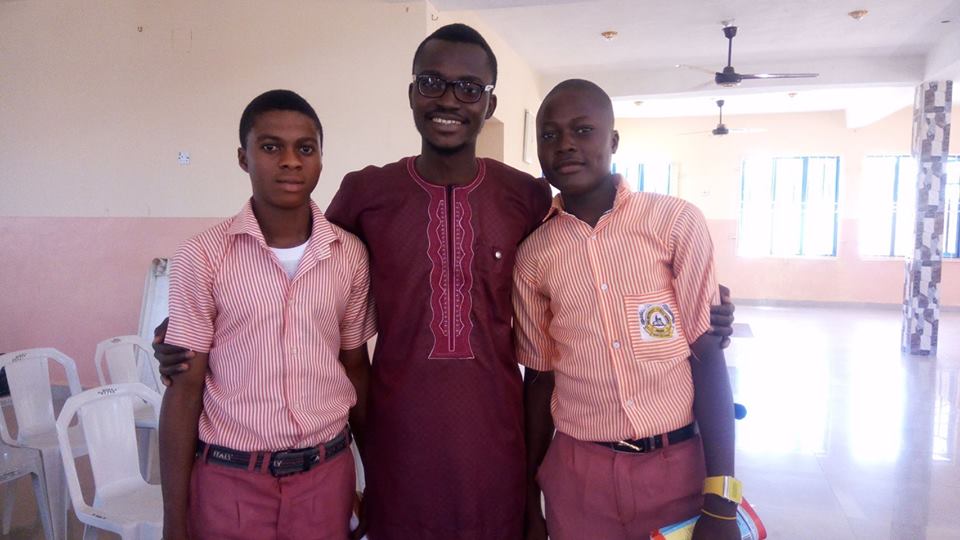 Although I wasn’t sure of what my passion is, by early 2015, I was a young, innocent First Degree Holder in Zoology waiting to be deployed by the National Youth Service Corps (NYSC). It finally came in May, anxiety rushed through my guts, I zoomed to the Café to print my call-up letter and see where I had been posted.

Right there, I was staring at the shock of my life!

I had never been out of South-West (Nigeria) but I had been thrown to Zamfara state, an extreme end of North-West (Nigeria), believed to be the least developed part of our developing country.  The news was in town, “NYSC had sent call-up letters”. My parents called to ask where I had been posted, after I broke the news, there was silence over the phone, don’t be disturbed by it, we will work on a redeployment for you, was my dad`s response. To be honest, I`m not sure how I eventually returned home, but somehow I did.

In three days, after a 17-hour journey by road, I resumed at the orientation camp in Gusau (Zamfara state capital). It turned out this part of the nation wasn’t as underdeveloped as I had thought. The 3 weeks orientation experience was nearing completion and the forms for redeployment were circulating, I so fell in love with the state and its people that I didn’t give relocation a thought. The drill instilled by men of the Nigerian Army who were stationed at my camp also drove in me a yearning for taking up challenges – I was ready to take up this one.

Eventually, I was assigned to a girls` only secondary school “Government Girls` Arabic Secondary School”, in Tudun Wada area of Gusau; where I taught Biology to late adolescents (aged 14-18 years). One year looked like a really long time. There were some 73 students in my class arm – all girls. Tradition had taught these girls that they didn’t have to demand so much from life, most of their peers never went to school, the fortunate ones were those who had the luxury of secondary education and nothing more. These lucky ones couldn’t wait till they were out so they could get married, some of them (like I heard) were already married – the culture supported child marriage.

To encourage “participation in school”, the state government introduced school feeding program across state-owned secondary schools. The students were fed a meal a day in school, it worked to some extent (as I was told) but the deficit of illiteracy was at this time, obviously still huge.

Here I was, a class teacher with 73 opportunities to change the narrative, whenever it was time to teach Biology, we spent a few minutes discussing: how the nation, the world at large needed them to rise beyond the status-quo and what opportunities await them if they would proceed to tertiary education. Soon enough, they began looking forward to this short pep talk in our classes, before each Biology lecture. Their imaginations began to open up, some of them ditched the get married thinking, now I had a bunch of students who aspire to be Medical Doctors, Pharmacists and Nurses. Unfortunately, it was one year already.

I knew I now had an idea of what my passion is all about but I hadn’t laid my hands on it fully, a group of young boys, the “Almajiris” (aged 12 – 14) who ate regularly from the drainage in my street added more to my quest. Although, I sometimes gave them some money from the little I had but I knew I could do more.

I had not just discovered my passion, I also knew my purpose in life; it is catering for young ones, children and adolescents – tending to their emotional, nutritive and psychological needs. When I look back, I`m full of thanks that I stayed back in Zamfara state. It gave me perspective, that there is more to life beyond just meeting our personal needs.

In just 3 years after that experience, I have gone ahead to volunteer for several child and adolescent health courses, including campaigns to end childhood malnutrition and child abuse. I am currently a columnist with the International Youth Journal, where I write on Adolescent Development. As I write, in a few weeks from now I will be completing a Masters degree in “Child and Adolescent Health” from the University of Ibadan.

Sometimes all we need to catch a glimpse of our purpose is to travel to the extremes of the earth – those places most people will not go due to disease infestation, poverty and underdevelopment.

You never know, your purpose might be right there, just waiting for you to come get it!

Cite This Article As: Victor Oyelade. "Catching a glimpse of purpose (How I fell in Love with Adolescent Development)." International Youth Journal, 30. March 2019.