"We are fed up of those who oppress our lives and everything that takes away our rights. Uganda seems to be moving backwards and this is almost making us hate our own nation. This is unfair for you to be misrulling us. Well, we know you fought a bush war. But imagine a child who was born when you came has also long became a parent. Somebody help us tell this to Mzee (Museveni)"- Bob Wine addresses the state of the Ugandan politics through a music titled "Freedom" released last year. 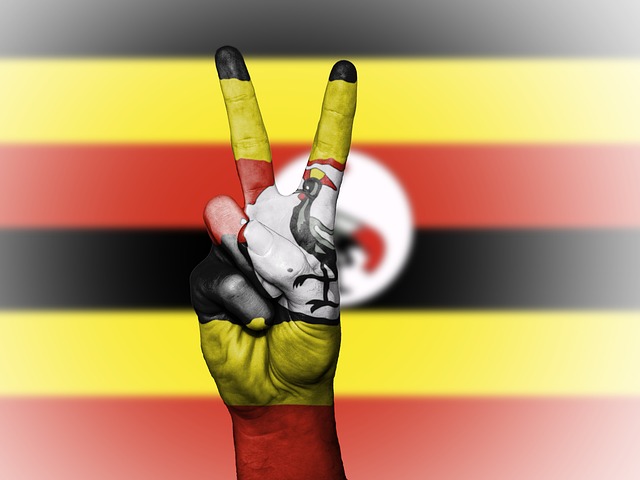 This was meant to protest against a constitutional amendment that proposed the removal of the presidential age limit of 75, making long-time President Yoweri Museveni eligible to run in 2021.Surly, it eventually got signed into law in 2017. "To view the opposition as dangerous is to misunderstand the basic concepts of democracy. To oppress the opposition is to assault the very foundation of democracy" - Aung San Suu Kyi

The government of Yoweri Miuseveni in recent years has indeed fell short of what beget democratic norms and nuts in clear terms. From showing resilient prior to 1986 to becoming the pride of western soothsayers on his leadership style and acumen in the 1990's, the administration of Yoweri Museveni has since snowballed into an authoritarian, unitary, and dictatorial form of ruler-ship which begets all the trappings of clear fascism.

Since 1996 when the Eastern African nation held her first ever democratically enabled elections, the scale of the Uganda leadership dashboard has been tinkered towards a particular political chemistry and affiliation. This has no doubt narrowed the policy dynamics of the East African nation into the table of some selected few whose political cognizance share little or no value interest with the majority.

A politics of the few whose whims and caprices sees through the affairs of the majority whose collective wealth forms the organ of power in Uganda. In July of 2005 president Yoweri Museveni sought a change to the country's electoral dynamics which provides a two term presidential limits of five years each.

A calculated attempts meant not just to override the Uganda constitution of 1995 which grants such limit proviso, also, it was a direct aim at weakening the embers of political opposition and numbers. According to critics of this policy, it is not only anti-people and anti-political party, also, it spells doom to the democratic norms of a progressive nation which by extension, erodes away morality and principle from the political landscape of the Uganda nation.

A move which challenged allied aid nations like Norway, UK, and Ireland to hence-with stop all forms of foreign assistance in lieu to this eroding democratic tendencies. It was a third term bid which will see the political figure head of the National Resistance Movement (NRM) re-contest for election in 2006.

In a bid to cushion the debilitating effects and negative reactions which greeted the policy, president Museveni introduced the non party movement through a constitutional referendum in July 2005 which encourages political pluralism. A system which gives right to individual to contest for election without necessarily been affiliated to a political grouping.

A move many believe was an apparent facade and smoke screen meant to enable his quest to a third term rule and subsequent life term presidency. The February 23 elections in 2006 saw Museveni winning the seat for a third term. A vivid democratic test which saw the Ugandan president failing in all clear facets of democratic allegiance. A fact which the Uganda Supreme could attest to in her judgement but gave a surprised ruling which upheld the election in a 4-3 court stance.

In a clear fallout, Yoweri Museveni has continued to use the absolute machinery of state to Muscle out opposition who tries to challenge the status quo in governance. Clearly, the democratic template as practiced today in the East African nation holds little or no tolerance level for opposition. This has greatly reduced the civility of the state to a point of democratic comatose.

Yoweri Miseveni now runs a fifth term as president of the East Africa Nation. Museveni was re-elected (18 February 2016) with 61 percent of the vote to Kizza Besigye's 35 percent of the Forum For Democratic Change (FDC).

Between Yoweri Museveni and Bobi Wine:
Known for his activism and far left stance in the Ugandan political set-up,the pop star, entrepreneur, philanthropist, and political class master has successful caved a niche for himself in the Uganda political landscape. Crisscrossing the red lines of state political brigandage and opposition muscling, he has garnered so much for himself in the last one year of his very recent and fast rising political career.

Robert Kyagulanyi Ssentamu widely referred to as Bob Wine started his political journey on 11 July 2017, when he contested a keenly but tightly fisted election into the Uganda parliament. Surprisingly, to the shock of onlookers, wine rode to victory in a moon-slide, beating foremost and favored candidate Sitenda Sebalu of the ruling NRM alongside Apollo Kantinti of the FDC.

Indeed, this was the bitter beginning of the Ugandan political tale between president Museveni and pop star Bobi Wine. Wine's popularity continued to grow brazenly in leaps and bounds amidst the totalitarian affair of the ruling NRM. From Music activism to full blown political direct outspokenness, wine gained more prominence both home and abroad as he continued to enjoy the chants and cheers of Ugandan's who in recent years has clamored greatly for a change in the political dynamics of a nation whose policy direction has brought so much tension, human rights abuses, and anger in the land.

The 36-year-old's message of a renewed hope and freedom has awakening the average Uganda citizen into believing that there is indeed a gleam of light at the end of the tunnel. A message even Museveni himself sees as a near end to his continued dictatorship in Uganda. A popularity candor which many believed could spell an imminent end to the reign of Yoweri Museveni whose clung to power spans over 31 years as head of governance in Uganda.

On that same day, Museveni who was within course for a similar affair alleged his motorcade was pelted with stones and obstructive object leading to a clash between angry protesters and pro government forces. Indeed, this was it. A timely leverage for a threatened Museveni who for long had sought an avenue for clamping down the activities of the rising pop star.

Kassiano Wadri eventually won the election, defeating candidate of the ruling NRM which by extension, meant a decline of Museveni's dictatorial stronghold in Uganda politics. An outspoken Kyagulanyi later uploaded an image of his driver who was shot dead in his car by the police. According to the accompanied post, the pop star assumed the police must have misfired thinking they have shot him. "Police has shot my driver dead thinking they've shot at me. My hotel is now coddoned off by police and SFC".

A move which sparked immediate public out-cry in the city of Kampala, within the Uganda parliament, and even outside the shores of the Ugandan nation. On August 23, the Ugandan state prosecution withdrew the charges filed against Kyagulanyi during his second appearance in front of a General court martial in Gulu .Looking all mopped up in appearance and clearly beaten, the MP representing Kyaddondo East constituency in Wakiso District, in Uganda's Central Region was set a freeman arguably.

Upon his release, he was immediately taken in by the police on account of treason to be tried in a civilian court. Given several calls for a failing health and series of continued protest, the Uganda MP was granted a leave of bail to attend to his health. A decision which obviously didn't come very easy from pro Museveni ally who ordinarily wanted the obvious. But alas, the ball was already set rolling on course, away from the Uganda nation.

On August 31, 2018, a fragile Kyagulanyi was seen departing the Entebbe Airport on-board a KLM flight to the US where is billed to receive proper treatment and attend to personal issue. In an exclusive and very recent interview with Al Jazeera since after leaving the hospital, wine discusses his arrest, alleged torture by the Uganda forces, and what next for a comeback.

"I believe what can be done is not just to be done by me. What I have is the voice to raise the plight of Ugandans but I continue to call upon Ugandans, especially the young Ugandans to speak up. The more we unite, the stronger we become.

"Today, the regime seems to be shaking, simply because Ugandans are more united and I continue to call upon Ugandans to stand, to be resilient and to continuously demand for the dignity that they deserve".

Indeed, the administration of Yoweri Museveni has seen a political match to his power play which in recent years has been greatly exploited through gross opposition crackdown and muscle pull. The democratic stalemate in the Eastern African Nation is once again recuperating from the ills of societal backlash through a rising pop star whose political wings now flies high to the celestial.