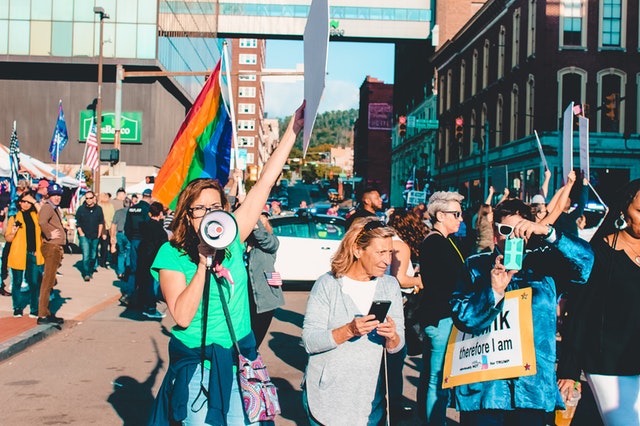 Several national newspapers reported the confusion emanating from the discrepancies between Academic Staff Union of Universities (ASUU) lecturers and their counterparts, who belong to the parallel union, Congress of Nigeria University Academics (CONUA).

While ASUU members have refused to attend lectures and conduct examinations in compliance with the industrial action declared by ASUU national body in November last year, CONUA lecturers have been attending classes and are participating in the on-going rain semester examination.

Students and lecturers earlier interviewed by our correspondent have decried some irregularities in the conduct of the examinations, which started on January 14.

These irregularities ranged from the postponement and cancellation of the examination of courses coordinated by striking ASUU lecturers to setting of question from part of the syllabuses of courses that were not treated.


Breach of regulations
According to the University Examination Regulations made pursuant to the provisions of Section 27 of the Obafemi Awolowo University Law, 1970 (as amended), students must attend a minimum of 75% of course instructions including lectures, tutorials and practicals where required to qualify to sit for examination in any course.

Meanwhile, this correspondent confirmed that in some courses the benchmark was not met yet the students were tested as some of these courses were reallocated to CONUA lecturers.

Speaking with this correspondent, a student of computer engineering, Oladunni Samuel, stated that the lecturer handling CSC 306- Human Computer Interaction, only attended classes twice and they eventually wrote the exam last week.

Also, as statutory in the university calendar, the week preceding the commencement of examination should be free of lecture for adequate preparation on the part of students but this newspaper gathered that it wasn’t observed in the current semester.

However, our correspondent learnt that some students are still receiving lectures because as a result of the papers postponed because the 75% benchmark was not met in the courses.

A student of foreign languages stated that, the CONUA lecturer who was reallocated a core course, FGL 302, still fixes time for lectures during the exam period for him to cover all the topics and the exams will be written in a week time.

This reporter also confirmed a case of shifting exams in English department, where students have been given additional two weeks of lectures to cover all the topics in a core course, LIT 418, Theme and Literature.

“They said we’ll have to wait for two weeks after the examination for us to cover up the topics,” a final year student, preferred to be identified as Taiwo, said.

In an interview with this reporter on Wednesday, the branch chairman of ASUU in OAU, Adeola Egbedokun, explained that the university administration has woefully failed to abide by examination regulations, an action that has rendered all examinations conducted null and void.

“My sincere hope is that the university administration will not attempt, using the instrumentality of the necessary committees of the university, to validate this illegality.”

Speaking on the effect of the irregularities, he said; “Apart of those infractions of illegal and inappropriate reallocation of courses, lectures were barely 5 weeks old when ASUU declared the strike and lectures are supposed to hold for 12 weeks.”

“Students who did not complete their examination will automatically have outstanding courses in the next academic session. Let me explain, if a students had registered for 8 courses in the current semester, but was only able to complete 5 of those courses, by the time the next session resumes, the 3 courses that were not done in the examination become outstanding, (carry over). On the other hand, final year students would be forced to have extra year.” Mr. Egbedokun added.

Mr. Egbedokun who stated that the irregularities by the school could also result into crises in the university, threatened that ASUU will report the infractions to the regulatory bodies in the education sector.

“ASUU will report to all regulatory bodies. Let me say that the Congress of 16/01/2019 resolved to report these infractions to the Ministry of Education and the National Universities Commission, NUC.”


An inevitable carryover with election duties
In the approved 2018/2019 calendar, which the management has vowed to maintain, the university closes on February 4, 12 days to the 2019 presidential election.

However, over 5 departments have been faced with indefinite postponement of two or more examinations because the 75% benchmark was not met as the lecturers coordinating them are on strike and the school could not reallocate the courses to CONUA lecturers.

Also, SER001 ‘Use of English’, a course mandatory for all first-year students has been postponed indefinitely too. It is a prerequisite before graduation.

Over 8,000 students registered for the course, but the examination which was scheduled for Wednesday, January 16 was postponed with a prior notice on the morning of the examination, this reporter learnt.

These papers need three weeks of lectures at least for effective learning and must be written before the university closes in February if the school doesn’t want a case of outstanding courses as the students and lecturers who will serve as ad hoc staff and returning officers respectively cannot abscond the election.

As in the case of LIT 418, with two weeks extension, this newspaper understands that the additional two weeks of lectures will cost the students to stay back till February 18, after the nation’s presidential election of February 16

Meanwhile, in the reaction from the university management on Tuesday, Isiaka Aransi, Dean of Students’ Affairs said; “the university is on top of the situation”.

“Let me advise all students to exercise a little bit patience. We had management meeting yesterday at which all these issues were discussed. We are doing everything that will ensure that all students are taken care of,” he said.

Explaining how the institution will tackle the fear of spending an extra year among some of the finalists, he said: “No students will be left out without writing exam. Let them continue writing the ones they are writing. Every exam will be written; I can assure you.”

He said students will write the exam before the next session begins. “Some of the exams may he pushed a little towards the tail of the exam and it will be before the vacation of the session,” he assured.

NUC frowns but couldn’t act. However, speaking with this reporter, an academic with NUC, Dr. (Mrs.) Florence, said that the commission is not aware of any irregularities in OAU.

“There is a minimum requirement to be fulfilled and anyone who does not fulfil and it comes to our notice, will be called to order,” She said when quizzed on the stance of the commission.


Also, in another telephone interview on Wednesday, the spokesperson of the commission, Ibrahim Usman, said he is yet confirmed the claims of the reporter and get complaints, however, he condemned the act of conducting exams without covering all the topics.

Meanwhile, he directed the students and affected lecturers to exhaust all internal mechanisms before writing and sending complaints to NUC.

“The students should report to the Division of students’ Affairs. If it’s not resolved, they can proceed to the senate and the university council. On matters like this, this is the approach to be used.”

It should be noted that the spokesperson of the university, Abiodun Olanrewaju, last week when asked about departments that had shut down academic activities if it’s not an injustice to the students, he stated that 'no department has been shut down that I know of. But when examples were cited, he didn't clarify.