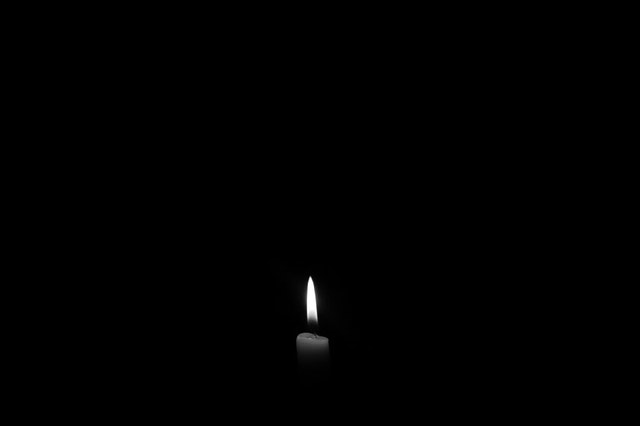 The rise of global populism and anti-Semitism has continued to reign supreme in a world once controlled and ruled by absolute democratized liberalization of policies, views, and opinions. Though, they have been varied sequence of opinions as it involves the growing trend of global populism in this 21st century, one certainty that stands unalloyed is the gross proliferation of hate, racial discrimination, religious ethnocentrism, among several other forms of anti-Semitic abuses, attacks, and negative vibes.

According to a report by the All Party Parliamentary Inquiry into anti-Semitism as published september 2006, many of those who gave evidence described anti-Semitism in terms of a constantly mutating virus. Over the centuries, it has evolved from prejudice against Jews because they have a different faith from the majority to a form of racial prejudices and discriminatory nuances. Ironically, the latest form of anti-Semitism appears fiercely to be based on anti-racism which a majority has labeled as the new anti-Semitism in a world garnish with volatility of extremist views and sentiments.

From the anti-Jewish movement to the wanton proliferation of white Nationalist who holds extremist and supremacist views, the world as it stands today now lives at the behest of racially defined entities whose sole intents is to cause pain, spew hate, entertain bigotry, and divide people. With no clear ideology in sight, these unscrupulous racially inclined elements terrorizes the fulcrum of every nation with unbridled violent attacks, pure and Mephistopheles human evil, socially reprehensible act that has all the trappings of contrived hate, gross anti-Semitism, contused bigotry, and an apparent show of convoluted fascism hinged on white Nationalistic sentiments and Neo-Nazis labels.

The spread of unholy anti-Semitic attacks on the internet and in the media remains a problem with wider ramifications for the society. In a world of instant globalized news and interactive opinion, the media has a responsibility to present and represent a fair and balanced picture of analysis on the world events without necessarily trying to infuse inciteful or irresponsible language. The effect of which is to increase gross tension among nations, people, and individuals most especially racially adduced societal enclave known for their Nationalistic tendencies and hate.

The internet has also presented itself as a tool for the distribution of anti-Semitic literature to millions of potentials customers who looked forward to using such media as an avenue to further calibrate their racial cause of hate and bigotry. Anti-Semitic materials are now sold on far-right and radical Islamist websites and "The protocol of the Elders of Zion" as well as several other classic and modern anti-Semitic works freely available for ordering. Indeed, there are dedicated anti-Semitic and correlative sleeper websites of racist organization such as the BNP, the Daily Stormer as well as other websites that have no intrinsic anti-Semitic content but provide a discussion forum which can inadvertently become an avenue for the anonymous expressions of anti-Semitic opinions and comments.

Even in government buildings and highly revered structures around the world, promoters of hate, bigotry, and Nationalistic vibes seems to have taken the front of anti-racism to a different ordinance of compere as they continue to share beliefs of gross supremacist view within the domain of the public. Some have succeeded in winning elections with this dastardly wave of divisive attacks, hate, and scornful rhetoric’s against people. From Europe to America, the lists are endlessly riddled with individuals and leaders who now derive absolute enjoyment in promoting white Nationalist causes.

Radio show host Steve West, a known anti-Semite won the Republican clay county seat in the Missouri House by nearly 25 points in the 15th District. Also, Arthur J. Jones, a Neo-Nazi far right white Nationalist and holocaust denier was the Republican candidate for the Illinois’s 3rd congressional district. In March 2018, Austrian foreign minister Karin Kneissi recalls one Jurgen Michal Kleppich an Austrian diplomat in Israel after he posted a picture of him wearing a T-shirt with slogans linked to Nazism. Far right extremist gathers en-mass to commemorate the death of Adolf Hitler deputy Rudolf Hess in Berlin’s western district of Spandau Saturday August 19, 2017. Sebastian Gorka appeared on Fox News on the evening of the U.S. presidential inauguration wearing a badge, tunic, and ring associated with Order of Vitéz, a group which the US State Department has long listed as a Nazi linked group. Sarah Halimi a Jewish woman was murdered in Paris April 4th 2017. The murderer a migrant from Mali muttered a typical hate crime chanting "Allahu Abkar", as he mentioned his victim religion and ethnicity while feigning madness. In Ukraine, some men vandalized the Space of Synagogues [Holocaust] memorial display; they wrote neo-Nazi slogans and the English words "white power", and drew a swastika and ultranationalist Ukrainian symbols. The lists are endless as the wave of hateful crimes and Anti-Semitic attacks ranges through the ground base fulcrum of every nations of the world.

These negative eruptions have not spared the most civilized nations as it has engulfed the totality of humanity in all spheres of her endearing campaigns against hate crimes and racial colorations. Events in recent times have shown that anti-Semitic attacks now cut across every spectra of the aisle. Though, majorly a Jewish phenomenon but alas since the incident of mass killings both in Europe, Asia, and majorly in America, victims of this scornful events cut across every divide of religion facets. From the Muslim community to the Christian communities, the gory pains of anti-Semitic events have continued to induce a pace of fear, racial discomfort, and social insecurity among many.

In January of 2019, a CNN investigation reveals startling rise in anti-Semitism across Europe. According the poll conducted over Europe, were more than seventy thousand persons were interviewed, shocking statistics reveals the following; 55%of Germans says anti-Semitism was a growing problem, in France, 43%says Jews are at risk of racial violence, while 34% of Europeans says there know little or nothing about the Holocaust. A further sampling shows that 44% of Europeans agrees that anti-Semitism seems to be a growing problem majorly in Europe.

According to  Home Office report from October, all forms of hate crime in England and Wales rose by 17% in 2017/18.

On October 27, 2018, 11 people were murdered in an attack on the Tree of Life – Or L'Simcha synagogue in Pittsburgh, Pennsylvania.

The gruesome death of 32-year old Heather D. Heyer remains fresh in the city of Virginia when a far right white Nationalist drove crazily through a crowd of anti Nazis protesters as “The Unite the right rally” chanted racist songs and demonstrated various Nazis slogan. The Unite the Right rally was a gathering of far-right groups in Charlottesville, Virginia, United States, on 11 and 12 August 2017.

New Zealand becomes the most recent victim of gross anti-Semitic attacks Friday March 15th 2019 when a lone gunman shot at worshippers in two different mosques in Christchurch killing over 50 persons. The attacks brought again to the forbearance the escalation of hate and a wanton rise of anti-Semitic nuances which now threatens world peace. “Many of those who will have been directly affected by this shooting may be migrants to New Zealand. They may even be refugees here. They have chosen to make New Zealand their home, and it is their home. They are us. The person who has perpetuated this violence against us is not”, New Zealand Prime minister Jacinda Ardern reacting to the violent attacks on Christchurch.

"This terrorist sought to divide our nation apart with an evil ideology, that has torn the world apart, but instead we have shown that New Zealand is unbreakable, and that the world can see in us an example of love and unity. We are brokenhearted, but we are not broken. We are alive. We are together. We are determined to not let anyone divide us.

"Evil ideology of white supremacy did not strike us first yet. It struck us hardest. The number of people killed is not ordinary, but the solidarity in New Zealand is extraordinary to the families of the victims, your loved ones did not die in vain."- Imam of Al Noor Mosque, Gamal Fouda.

Anti-Semitism is a wave if not curtailed could develop into a hydra of wanton precipitation aimed at threatening world peace, dividing nations, and spreading hate. White Nationalistic evil of any kind should be called out for it is and no leader whatsoever should try to hide this vile of evil.