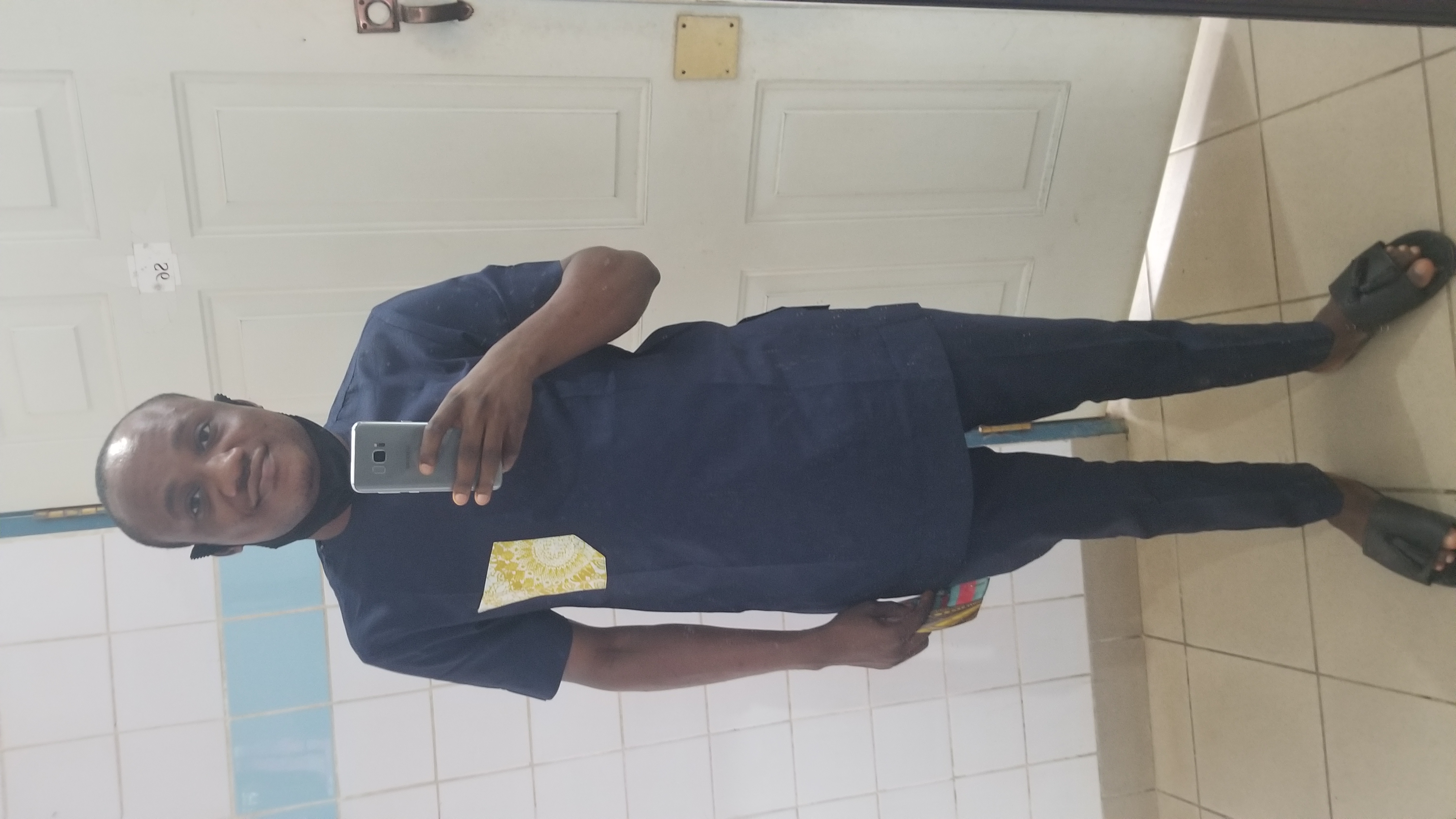 In the past four years, the Obafemi Awolowo University admission capacity has been a piece of discourse. observations over the years with the yearly rise in the number of matriculated have shown that the institution is admitting more than the available infrastructures interms of lecture theatres and hostels. This report chronicles into the effect of the increasing admission figures over the years, the effect of the new accommodation policy and the sudden fall in the number of admitted students during the just concluded matriculation ceremony. 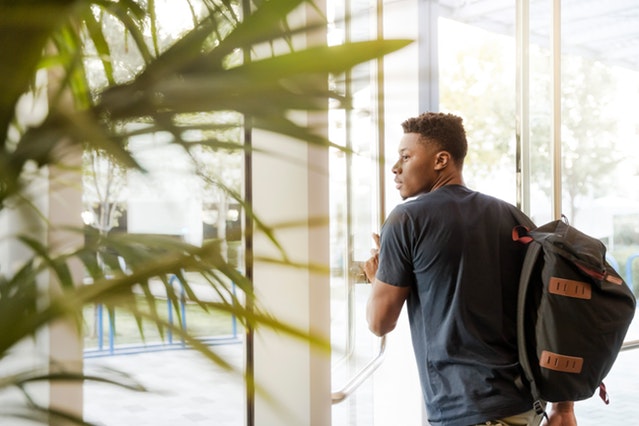 Looking into the varsity’s admission strength and capacity since 2014, it has been evident that the institution is admitting for than the available lecture facility, accommodation and the available basic learning-friendly amenities. In 2014, the institution matriculated 5,608 fresh students into the campus to fill in for their 2013/2014 100level academic year. This figure in 2014/2015 academic session took a turn with over 1,000 increase amounting to 6,500 newbie students that were matriculated in the institution.

In 2016 during the 2015/2016 academic session, out of 19,147 admission seekers that sat for the school’s Post Unified Tertiary Matriculation Examination (PUTME), 7,500 were able to wear the matriculation gown and swear the oat. This same figure was also reported to be the amount admitted in 2017’s 2016/2017 academic session. In 2018, the institution topped her admission history, admitted and matriculated 8,158 intakes for the commencement of 2017/2018 session. The institution just concluded a day matriculation ceremony to usher in the newly admitted students for the current academic session of 2018/2019 worth of 6,650 students out of the 23,000 that applied as 19,500 passed the computer based PUTME.

This is a sharp fall in the yearly rise of the institution’s admission strength since 2014.

It could be recalled that Obafemi Awolowo university lost accreditation of five courses to the empowered Nigerian Universities commission (NUC). The affected courses include Law, Dentistry, Fine and Applied Arts, Botany and Family Nutrition and Consumer Sciences. This newspaper understands that this dissaccreditation of courses has deferred the school the strength to admit fresh students into the affected departments while this may be repeated next admission year as the courses are still barred while students who sat the just concluded 2019 UTME were unable to pick the affected courses, a claim Abiodun Olanrewaju, the school Public Relations Officer substantiated and accorded the validity.

Can OAU Accommodate half of her students? NO!

Survey by OAUKilonshele, a local press, has it that about 18,928 out of over 26,000 students (as the school does not have definite amount of her students while Wikipedia dots it at 30,000 while the school pegs it at ‘over’ 26,000) are currently staying off campus as the OAU’s eight halls of residences for undergraduates only have the total of 7217-bed spaces capacity, which is 27.8%. In her male hostels with a total of 4,162-bed spaces. A breakdown shows that Awolowo Hall has 1,524-bed, 1,198-bed in Fajuyi Hall, 880-bed in Angola (solely for male fresh students) while ETF Hall has a capacity of 560-bed. The other four female hostels have a combined capacity for 3,055-bed spaces. Moremi Hall has 987-bed spaces; Alumni Hall, 402; Mozambique Hall, 1,166; and Akintola Hall is 500-bed This, saw over 72% of the students of the institution off the walls of the campus into the ‘arms’ of Insecurity and transportation crisis of which later led the school management to provide alternative buses to convey students from the university main gate to the campus. During the beginning of 2017/2018 academic session, the senate of Obafemi Awolowo University assented a new accommodation policy which poised a drastic reduction to the number of occupants per room across the 8 hostels built by the institution decades ago from 9 to four occupants per room in some school hostels.

Town: The Abode of insecurity and Thick Robbery

According to available reports and information, this newspaper can gather that no student populated area In ile ife and neighboring Modakeke town that has not been greeted by the men of the underworld. Students staying off campus are mostly found around Ede-road, Asherifa Estate, Oduduwa estate, Omole Estate, Lagere, Oke-ola line 1&2, Parakin Estate, mayfair, AP, amongst others.  One of the attacks by armed robbers on students was the one that claimed the live of one Abiodun Babatola while phones, laptops and other valuables were carted away at Adams and Eve hostel located in Parakin, Ede Road. According to a student of political science of the institution who stays at the popular 99posh, a private hostel close to campus gate identified as Olalekan who lamented on how armed robbers have made him fled his room and slept in lecture theatres before the last holiday said that “ the armed robbers have turned our hostel to common ground which they kept coming for good one week always armed just to rob and take away our belongings including food items until the end of last session examination” According to the Area commander of the police in Ife-Moore axis, Funsho Adegboye, stated that the police are not ignorant of the recent happenings in the town as the Police is on their full toes to douse the rampant robbery cases Mr. Adegboye attributed the incapacitation of the police to curb the upsurge of robbery attacks to the high population of OAU students who could not get accommodation on campus. “There are over 30,000 students on campus and the hostels there cannot cater for more than 9,000 students. The remaining ones are scattered around Mayfair, Ede road, Ibadan road, Asherifa and other places.” There has overtime being issue of rape case reported by female students of the institution

According to a female fresh student of English department, Arinolami who resides off campus, said “apart of the fears of the robbers, staying in town affects me all over. After class stress, I struggle daily to board bus to town, getting home being exhausted, I find it difficult to read, even when I try to, I am always worn out”

Stephen, a part one student of Engineering physics narrated how he walks over 30minutes daily from his rented apartment off campus to campus. “First part of it is the transportation. I usually have to take 34minutes trek from my hostel to the campus gate every morning. Another one is reading in school. Most of us staying off campus don’t usually have the grace of reading long hours because of the fears of late night walk, thus forcing me to sleep over in lecture theatres on campus”

Bolade Azeez, also a just matriculated student of the institution who stays around Lagere, a suburb in Ife, said the “ amount spent daily is not the issue, the main issue is the stress incurred daily and the mental effect. reading has not been easy and the test week is approaching. it’s tiring. still trying to get acclimatized

While rendering his speech at the just concluded matriculation, the vice chancellor of the institution professor Ogunbodede Eyitope promised the generality of the students moves by the management to add additional 10,000 bedspaces within next year based on partnership with investors.

“The University Management is partnering with investors to increase the current student’s accommodation by an additional 10,000 bedspace within one year”

He also added that the university is planning alongside the additional bedspaces, the procurement of three 30 seater buses to cater for student transportation especially huge amount residing off campus

“the university is also procuring three 30 seater buses to alleviate the challenges of student transportation.”

Cite This Article As: Samad Uthman. "Analysis: Despite reduction in admission quota, OAU unable to cater for student ." International Youth Journal, 20. May 2019.