We wear the traditional costumes befitting a Filipino, we dine on gastronomic delicacies of our ancestors and yet who are we as Filipinos? Are we the nation colonized by Spain, the United States of America and Japan? Or are we the nation who withstood the oppression caused by Martial Law and ultimately inspired the world through a bloodless People Power Revolution? A national identity is as imperative as establishing who you are as a person; it is a motion brought forth by the entire citizenry to feel a sense of cohesive wholeness and it is high time that we start discovering who we are today. 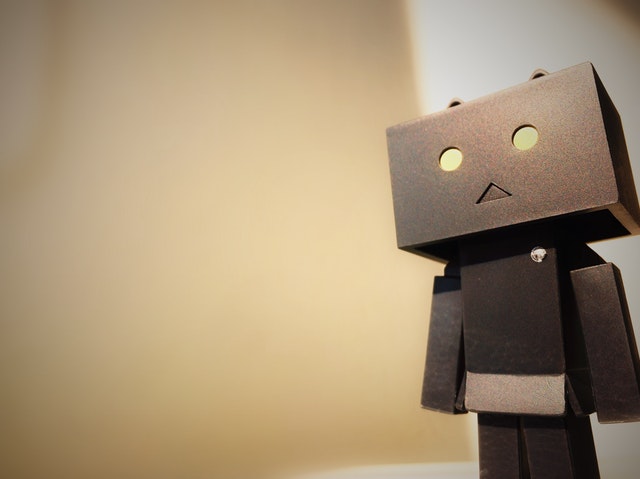 Have you ever felt torn apart over two things? Like an overwhelming, confusing feeling of choosing who you ought to be and who you are as if life depended on it? I did. I think everyone did too at least at some point in their grand sojourn of life, when life goes along just fine, when the next Friday night signals another dance party with your friends but then it stands there looming in the distance similar to a shadow that lingers even after the sun has set.

In medical terms nurturing an emotion of this kind is referred to as an identity crisis.

I have had a deliriously extreme phase of identity crisis that whenever I think of it, it makes me scrunch up the skin between my eyebrows and agitates the butterflies inside my stomach. It makes me stop to stare at the gray patches of the walls in our house, it stops me from swinging in the playground mid-stride and unfortunately, it scraped my knee when I thought of it on the bike ride home. It is as if an internal storm brewed up inside of me and I got caught in its cold throes of rain and destruction.

Before this period of uncertainty has emasculated my entire being, I was living a life. A life with a home near the sea where you can smell sea salt mingling with the air as the fishermen row their boats away from the shore. You can see men cast their nets while women fillet the milkfish. The village was our playground and the world was our spellbinding dream. When I became old enough to walk, I was thrust into the urban jungle where our school was a beeping charm in the middle. A jungle where the pecking order varies from your physical appearance, your race and even your calculus grades at the end of the term. It buzzes with cars all day long without a care for the world, it suffices itself with the here and now or whatever is fast and easy.

The truth is I am torn over whose identity I am supposed to carry as I grow up, am I the rural girl with ankles deep into the water or am I the prim and proper urban lady with my head held out and my chin jutting forward as if challenging the world to test my mental strength. There are days when I think I’ve made my choice and there are days when I feel pretty much drowned under the weight of this crisis.

But I think it goes further than that, the crisis is not just an adolescent transitional period rather it is felt by the one hundred six million Philippine populace across the archipelago. We suffer in silence from a lack of an agreed-upon identity. We claw around in the dark hoping that a mythical hero with the prowess of Lam – ang or Bernardo Carpio rises above the ashes bringing with it an inextinguishable light of knowledge. We lead our own lives ignoring the pressing problem so that by having removed its traces from our minds, the problem might disappear altogether. Yet the problem is still present and we suffer nonetheless.

If one would sit down and delve deeper into the matter at hand, it would appear that we Filipinos would cling to the culture of the countries who we have closely interacted with before the dawn of the 21st century such as Indonesia, Malaysia, China, Japan, Spain and the United States of America however if we lose touch with their way of life and are forced to stick with ours, we would find ourselves hopefully putting up with the “homegrown” Filipino culture which is set under the parameters of the Stone – age era ideology and technology. There simply is no modern Filipino indigenous culture to guide us by the rigors of life or to give us a popular sense of community involvement because we have lost all that and more due to our irresponsibility and the rampant development of technology.

Admittedly the “homegrown” Filipino style means turning our backs on what technology has to offer and this is a very wrong mindset that our elders have accidentally integrated into our generation that by mixing cultures we are forming a society for the subordinates, for the weak and for those with no sense of country pride. Thus I beg to differ because if we look at some of the most successful Asian countries like Japan and South Korea who credits their success to having a united front, their respective cultures are born from the assimilation of foreign cultures and adopted to become a part of their own. Based on the books Japan’s Cultural History: A Perspective and East Asia: Tradition and Transformation, Japan has taken the influences of the Tang Dynasty of China under their wings. They have styled the kimono to bear similarity to the Tang dynasty dress and have even made roofs with upward – rounding tips like the Chinese temples. The Japanese at times considered it important to absorb some foreign things to improve their culture and society. They generally didn’t worry about it tainting their “identity.” They took in what they needed.

If they can accomplish this challenge that blocks their way towards nation – building then so can we. We must find it in our hearts to have an open mind when it comes to integrating other cultures into our own. There is no singular path towards success and two heads are better than one therefore if we trace back our roots and innovate starting from there we would emerge as a better country. We must quit the ethnocentrism philosophy for only from there could real change begin.

I know it must be difficult to navigate our way towards finding who we are but this course that we are about to take is for the best. As of writing this, our Girl Scout troop is dutifully preparing a cultural heritage seminar for the youngsters in our community and I hope more Filipinos could join in our cause.

What is the “homegrown” Filipino way of life? The homegrown Filipino way of life are millennials using social media to bring into the fora their solutions towards addressing our problem and to stir the public to take immediate action. The homegrown style smells like paella (Valencian rice dish), adobo (pork simmered in a marinade), letchon (roasted suckling pig) and other savory delicacies stretched out into a table for the entire community to partake of. It reaffirms the Filipino values and aims to give back to the community. It is doing the mano po gesture or imbibing the bayanihan essence even if it seems outdated because you appreciate our culture to do just that. When you hear the word homegrown it is playing under the rain and experiencing the warmth of the love of a family. It is love, hospitality, care, and respect all rolled into one.

The homegrown aura lets the Filipino people emerge out of the soul-searching, mind-boggling phase of identity crises to be maka – Diyos (God – fearing) , makatao (humanistic), makakalikasan (environment – friendly), and makabansa (patriotic) leaders of the future.

And when this happens, we can bet that society will be changed as a whole. That everyone will strive to lift themselves up from corruption, from poverty and from other ills of society because finally, we found our inner strength and that is being whoever we are meant to be.

I drink tea made from China, my dad drives me to school in a Japanese car, my mom bakes a cake derived from an old French recipe, our democracy was based on the Greeks, I live on Korean music and yet deep down in the crevices of my heart, the erythrocytes sing with life – the life of a Filipino.

I am not the girl I used to be and maybe that’s alright. Anything is possible now, now that my horizon has widened. I am not just an urban lady or a rural girl, I live in the space between and as I step out of my comfort bubble I look ahead with high hopes too that maybe someone like me might find her way out of all our mistaken identities.