08. October 2018 at 09:00
by Santosh Bhandari
'There's one issue that will define the contours of this century more dramatically than any other, and that is the urgent threat of a changing climate.' Apart from the bulk of fussy words, this quotation by the former president Mr.Barack Obama depicts the current issues and impacts of climate change. 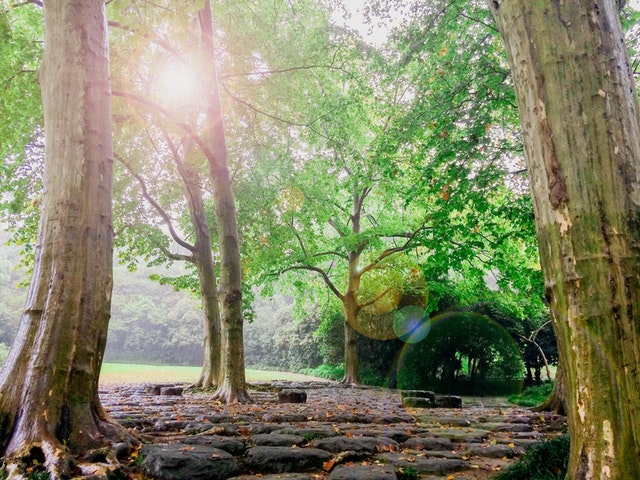 John F.Kerry furthermore cites the solution concerning the matter 'The solution to climate change is staring us in the face. It's energy policy. If we pursue a global clean energy economy, we can cut dramatically the amount of carbon pollution we emit into the atmosphere and prevent the worst impacts of climate change.'

When it comes to this point of talk, it would be more relevant to say that climate change is the evil cause of everything, including agro- biodiversity deterioration. But, climate change is seldom a self induced entity, it is rather something facilitated by we beings. Blaming won't do anything good. In this stage of vulnerability, what we all need to put a full stop to these critical consequences of climate change is the realization and implementation of mitigation and adaptation procedures into daily life.

Once there was a time when the proverb ' Green forest, the wealth of Nepal' gained its popularity throughout the Nepalese society. But, now it has remained in the bulk of words that doesn't matter anymore. Slowly and gradually, the population begun to rise, and these scarce resources were haphazardly mis- utilized by the growing population for encroachment of shelter, food, fibers and timbers. And, if this situation is likely to go unchecked, there will be time when we will overlook our past for our sins, residing in the phase of extreme climatic phenomenon. However, deforestation is not the sole cause of climate change.

The excessive emission of Carbon dioxide gas, Sulfur gas and CFC's in the past records has shown that these gases were the main culprit for causing global warming. The shift of tectonics plates of earth results in the emission of high degree of Carbon dioxide and Sulfur dioxide into the atmosphere. Moreover, human intervention has directly and/or indirectly added upon the consequences. Owing to this fact, there is urgent need to recognize and adapt preventive and curative measures against climate change.

Agro- biodiversity is under the severe threat of climate change. Climate change has incurred some of the devastating consequences that has enabled most of the components of agro-biodiversity under severe stress of survival and existence. In 1960s NASA reported an ozone hole near Antartic region which has been increasing in size ever since. Climate change has been cited as a culprit for sudden disappearance of some coastal and delta areas. Global warming is the direct interpretation of climate change that has resulted in the melting of polar caps thereby, increasing the sea and ocean levels. In agro- biodiversity, climate change has paved a way to shift in cultivation practices. Previously cultivated crops in one agro-ecological zone have shifted to another agro-ecological zone.

Moreover, livestock have also shifted their zone of residence. The most pronounced effect of climate change in agro-biodiversity is the loss of variation of species within an interacting module of agro-environment. Owing to this statement, climate change has subjected to disappearance of pre-existing species of flora and fauna and sudden appearance of new species. Superior and unique genotypes of the species have been subjected to loss in the course of time, simultaneously giving rise to undesirable species. Drought and desertification are the severe impact of climate change in agro-biodiversity that have led to complete turn-out of arable land into non-productive land.

Moreover, we can reduce carbon emission through banning of old vehicles, restricted use of vehicles, carbon sequestration and demotion of fast food products. Adaptation in agriculture sector can be viewed both in the terms of short and long term actions. The provision of crop and livestock insurance, new irrigation schemes and local management strategies as well as research and development of stress resistant crop varieties form the core of short term responses. Long term responses include re-designing irrigation systems, developing land management systems and raising finances to sustain adoption of those systems.Promotion to afforestation is equally effective side by side as forest trees help to absorb the contributing toxic gases of climate change. Rounded and pelleted tree seedballs have been developed and utilized in other countries and can serve to be effective adaptive measures in our country as well.

Some might think that all the COPS and conferences intended on seeking a permanent solution to climate change are of no use at all. But, as the wind whistles, the leaf blows. Nothing has ever happened without forwarding a step ahead. The path to a better climate may be difficult, but it is not impossible to be stepped upon. What we all need is courage and unity to fight against all these problems and set a green planet full of fresh Oxygen and better means of living.