What are human rights? Do citizens, migrants, legal and illegal aliens, and minors have the same rights? Should individuals all over the world enjoy the same rights? Human rights are universally accepted as the equal and inalienable rights of any person, inherent due to the sole reason that they are human. 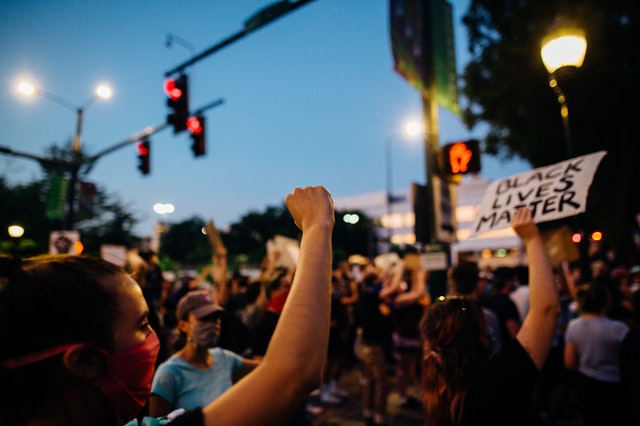 A United Nations (UN) committee, headed by Eleanor Roosevelt, drafted the document that defined and universally granted the basic rights to all human beings, terming them the equal and inalienable rights of every human being. The Declaration, known as the Universal Declaration of Human Rights (UDHR), was adopted by the UN General Assembly on December 10, 1948. The UN, formed in 1945 and a successor to the defunct League of Nations, was the first to put up a formal global setup to define human rights. Individual countries had their own codes concerning human rights prior to the UN stepping in, but with the atrocities of the Holocaust still fresh in the world's collective conscience, the UN's authoritative intervention became crucial.

Resilience can be defined as the ability to withstand or endure difficult conditions/situations. It is even more relevant in the face of human rights abuses and gross violations – that ability to rebuild and restore that which was and safeguard it from future infractions. Although many states have endorsed and accepted the UDHR there are certain states in Africa, Asia and the Middle East that continue to blatantly disregard and violate their citizen’s human rights. Neither media scrutiny nor sanctions have persuaded them to change their practices. If anything, they have emboldened them to form alliances with other states who contend that the western countries’ value judgments regarding human rights are skewed because ethics are subjective, not objective. Well, are they?

In my view, human rights stem from ethics- the ideal character of human nature as opposed to the actual; what human conduct ought to be. Cultural anthropologists argue that the real basis of ethics is deep-seated human longings and aspirations because it is the only basis that stands up under the test of rational thought. They contend that the best test of ethics is one that most fully satisfies these human longings and aspirations over the long term. “Good” is that which satisfies human wants. “Right” is that which promotes their satisfaction; “wrong” is that which hinders it. We “ought” to do that which will most fully satisfy human wants.[1] Most deep-seated human wants such as freedom are common to everyone, but many – polygamy, for example, dowry – are determined by the culture in which people live. A certain culture in my country endorses female genital circumcision but some human rights activists condemn it as a gross violation of human rights. The communities that practice it and even some of the girls, on the other hand, consider it noble and honourable.

Ethics, therefore, is not absolute as it is relative to our culture, time and place. It differs from culture to culture at any one time, and it differs from time to time in any one culture. There is no absolute standard of right and wrong – this is the argument canvassed by the human rights violating states. According to renowned scholar Murphy:

The diversity in moral standard is so great that no man could act rightly according to any specific moral code that has ever gained wide acceptance without offending against some of the precepts of other codes which are felt to be no less binding for those who accept them. Hence, in this sense what is right for one is wrong for the other, and there is no common standard acknowledged by both, in terms of which this difference can be adjudicated.[2]

Ethics used to be thought of as a set of rules of behavior, existing independently of mankind, as it were, like the sun. And there was presumed to be some obligation upon each individual to measure up to these rules of behavior. Men ought to be ethical. Why? Because it was right to do so, and men ought to do right.[3]

This appeal to some external ethical code and an assumed obligation to live up to it may have been useful in years past, but it seems to have outlived its usefulness today. In our present age of renewed nationalism and scientific development, there is less inclination to embrace multiculturalism and internationalism or any rules handed down by authority/religious texts and more inclination to test any rules and build them up on a pragmatic basis. I ask: what does obligation mean today? What obligations do we have? What is a pragmatic basis for ethics?

Orthodox scientists contend that wants are not sacred, immutable or unconditional because they conflict and as such they cannot all be satisfied in full measure. Human rights and resilience are values which we have built from the ground up, out of our lives and cultures. Not all rights are unlimited. For instance, most states grant every citizen the right to freedom of movement. However, freedom beyond a certain point can lead to anarchy hence why you find that the right to freedom of movement is subject to limitations. It is also noted that while the state’s priority is security, security beyond a certain point also retards progress – for instance, the numerous internet shutdowns by the Federal government of Ethiopia and Democratic Republic of Congo.

Just as Murphy noted, people’s value judgments on human rights and resilience are likely to be shaped by their circumstances and there is not a one size fits all. Someone living in a country that is governed by a dictator is likely to have very different views on what they consider to be human rights violations in comparison to someone else who is in a seemingly democratic country. While we attempt to have uniform standards of conduct, the reality is that there are no common standards practically acknowledged by individuals and states.