An attack that claimed the lives of over 3,000 persons, injured over 6,000 persons with a damage cost worth in property over $10 billion must indeed never been forgotten lest, the world becomes prone again to the actions of terror groups. September 11, 2001, the world mourns the innocent victims, including the over 400 fire-fighters and 72 law enforcement officers whose blood was shed at the altar of patriotism. Never again. 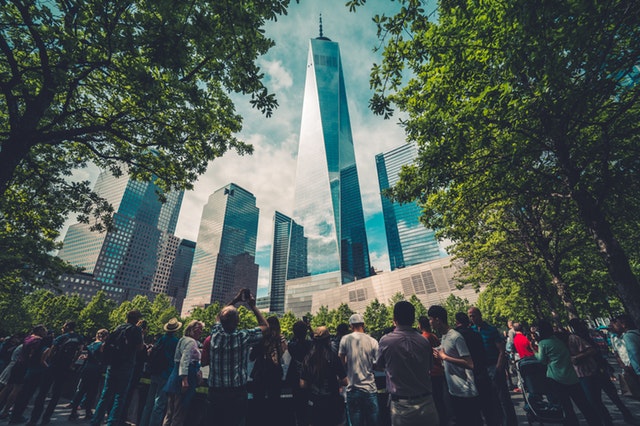 Americans have never been taken unaware since the blitz Krieg ops that took place at Pearl Harbor by the imperial Japanese Navy Air service upon the United States against the naval base of the US at Pearl Harbor in Honolulu, Hawaii Sunday December 7, 1941 at about 18:18 GMT. It was one experience that places the Americans an the edge as they officially signed-in to the World War II as a contending force. Basically, it was one of FDR’s hardest decisions to make aside the great depression decision struggle.

Just like a dream, it happened again but this time, it was even more monumental as Americans was taken aback with the dastardly act of human wickedness that pervaded such attacks. It was in the morning of Tuesday September 11, 2001. Not many Americans had barely had their breakfast as others hurried down to work as usual not knowing the idles of march. It was one attack that brought to the forbearance the uprising of global terrorism as it affects the security watch list of every nation. No doubt, it brought again to the table that no one nation has it all covered regardless of her systemic Intel’s and espionage skill set.

Again, it was the beginning of a new world order for the Islamic fundamentalist group Al-Qaeda.

9/11 as it formally called was a series of four coordinated attacks which crippled the entire country in less than one hour. It was a scene never to be told as events overtook historical calculations. Four passenger airlines operated by two of the biggest passenger air carriers - United Airlines and American Airlines billed for San Francisco and Los Angeles respectively got hijacked by 19 Al-Qaeda terrorist. It was the biggest terror incident the world has ever seen and the worst deadliest scene too grave for firefighters and law enforcement agency.

Two of the Airplanes- American Airlines Flight 11 and United Airlines Flight 175 half way into flight mood was immediately redirected as it massively crashed into the north and south side of the world trade center complex in Lower Manhattan collapsing the renowned tourist and once beautiful site of the world trade center with her 110 story-buildings all destroyed alongside several other attached buildings. It was a gory site to behold as thick smoke emanates from the windows and roof-top all reaching the skyline. Both properties and human lives inside became the worst victims.

Just when Americans were trying to fathom the rationale behind this evil, a third plane- American Airline 77 appeared in swift speed crashing her way into the pentagon building in Arlington county Virginia which destroyed a major part of the building. This was the height of it all as it touched the fulcrum of the United States defense headquarters. Indeed, it got the General’s all thinking- Who is behind this act of absolute Mephistopheles?  Where did we go wrong? Who did we offend? But then again, it was at this point that they surmised thus; we shall overcome.

Behold, as they say, never say over until it is over. A fourth plane heading towards Washington DC would have been the climax of it all if that plane was allowed to crash into her choice destination. Indeed, Olympian would have fallen and the falcon would not have heard the falconer going forward. Fortunately, United Airlines Flight 93 got crashed into a field in Stonycreek Township near Shanksville, Pennsylvania, after its passengers thwarted the hijackers’ deliberate act of treachery.

Eighteen years on- What has changed? What are the lessons learnt?  Is terrorism still a case for developed nations or is it just a bite for developing nations?

An attack that claimed the lives of over 3,000 persons, injured over 6,000 persons with a damage cost worth in property over $10 billion must indeed never been forgotten lest, the world becomes prone again to the actions of terror groups. September 11, 2001, the world mourns the innocent victims, including the over 400 fire-fighters and 72 law enforcement officers whose blood was shed at the altar of patriotism. Never again.

As we mourn these victims, we hope their death becomes a recipe for a new world order were global terrorism has no place in the olive branch of humanity. Not just American citizens were involved, other nationals lost their lives in cold blood.