The article is all about the 21-century universities In the world, who exposed simultaneously to an easiest way of running academic system In running their education sectors. Nevertheless, The article also itemized the ways how Nigeria Universities are running theirs which is not In-line with this century educational development. And it discussed the way out. The way they can make it to the top. 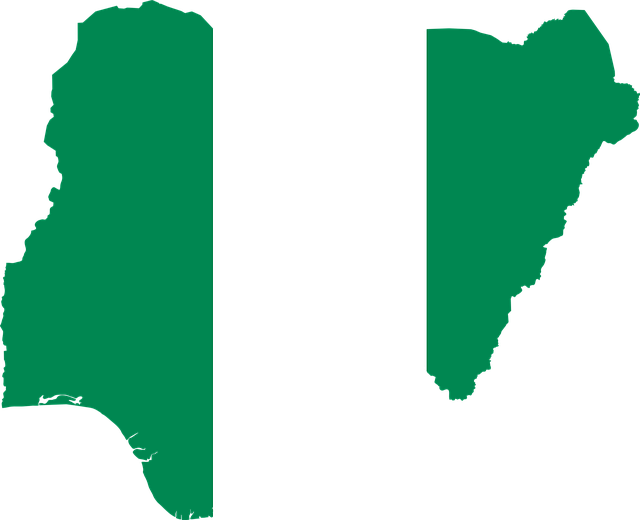 This is a great discussion, picking our cell phone to call the stratification of Nigeria Universities. either It's progressively raised up Into the 21centry world university. Interestingly, a vague sound may deep in Nigeria's throat. And dabbed her eyes like a fat clown, When we are trying to compare Nigeria 21-century universities with world best ones. Not to cause an unravel traffic conundrum. The Nigeria universities can gratuitously join the horn-blowers of other 21-century developed universities In the recumbent world. But, the darkness that shows in the cloud cannot show perhaps, If they worth the standard of other 21-century universities. There are things to be provided for the Nigeria Universities. So that they can stand tall like a jeriff to the world best Universities In the world.

1. The Inclusion Of Standard Technology For Learning

The term "Technology" refers to advancements in the methods and tools we use to solve problems or achieve a goal In ths classroom, technology ecompass all kinds tools from low-tech pencil, paper, and chalkboard, to the use of presentation software, or high-tech tables, online collaboration and conferencing tools, and more. The newest technologies allow us to try things in physical and virtual classrooms that were not possible before this 21century.

All the world best university In the world, had included the standard usage of technology for learning. According to the 'CWUR World University rankings, 2018-19' best Universities are; University of Washington, Harvard University, Stanford University, Cambridge University, Massachusetts Institute of technology. They had developed their learning skills In this 21century, by Inventing the technological materials for learning. And as we called this 21century A-computer age ones. Those world best Countries on education, are teaching their students started from their primary level. By improvising technological materials for them.

If the Nigeria Pupils are well trained by using the technological facilities for learning like these listed countries (Germany, Norway, Swenden, Australia, Finland, Czech Republic, France, Belgium, Greece, Spain). They provided free education for their citizens ---from their juvenile periods, even till higher Institution. So that there won't be sentimental of gaining standard education amongst rich and poor people. If all the citizens In this country are provided with the needed materials for learning by the government and free education --- like those developed countries, there won't be sentimental amongst rich and poor. And all will be well trained with the new developmental materials of technology. Certainly, If the lower-class people are will trained from their younger period. It would make the educational system of Nigeria to worth the standard of 21century development. Undoubtedly, Pupils laterly become Students, likewise an eggs becomes a cock later. Let's take 'Almajiri' around the Northern part of this country as an example. In the early stage when children need to be learning In the cool atmosphere. But they are roaming around the street. And they can't be disintegrated because the government refused to provide their needs for free education and lmproviced needed materials that would make their learning superbly great. Providing free and compulsory education was Included in Nigeria 1999 constitution. "Section 2 of the compulsory free universal basic education. It provides that every government In Nigeria shall provide free compulsory universal basic education for primary and Junior secondary schools. But the government aren't provide the needed technological materials for the Universities and Universal basic learners to meet the developmental standards of the world best 21century universities. Teaching with technology can deep student learning by supporting instructional objects. However, it can be challenging to select the "Best" tech tools while not loosing once identified, Integrity those tools can itself be challenging About an eye-opening experience.

If Nigeria University can become Institution, whose primary goal is the learning by students not faculty, then the Incentive systems will need to change. Tenure should be granted for teaching excellence --- and not just for publishing records. It's possible for Nigeria to meet the standard of 21century world best Universities. By inventing the standard learning with technology materials. How can this be done? Students Input is Important. Websites such as 'Rate my professors. Com' can provide helpful Input. Through they also cannot serve as the early basis for rewarding professors. Peer reviews by an Intending students' can make student to be self-independent by learning through Internet within themselves like the world best Universities. And it would make learning more effective. In addition, measures of economic success may make sense. Of a Professor In Nigeria, like at Stanford has an enormously popular Psychology course that's subscribed by all students around the world, shouldn't he or she share the revenue created for Stanford? Therefore technology has many great outcome for those world best Universities to be rated as they are In- line with the educational development of this 21century.

All the best Universites In the world cannot be founded this certain cockroach In their diary, that they're vacating the arena of learning for an Indefinite time. Even the world best University Harvard, has the student faculty ratio of 6:1, and the school has 72.5% of its classes with fewer than 20 students. And they aren't gotten into any Inconsistency that would make them to switch university for some period. And in history there's not a developed university that include strike, even this 21century. But, Africa has Included the strike not only Nigeria. Like Kenya, As it was reported by University World News by: Christabel Ligami. On 02 May, 2018. Kenya Public Universities have been unable to attend lectures consistently for more than a year owning to repeated strikes by lectures over salaries and condition of service. Since Almost this 21century that Nigeria ASUU began strike. Which has been affecting the standard of the education in this country. And the present highter educational system In Nigeria possesses the largest university system In sub-sharan Africa. Although South African's tertiary enrollment are higher, Nigeria boasts more institutions. With 48 states and federal Universities enrollomg over 400,000 students. In practice, however, the universities system developed less rationally than anticipated because of lack of academic stability like world best Universities all over the world. The first generation universities In Nigeria( Benin, Ibadan, Ile-Ife, Lagos, Nsukka, Zaria) likewise the second generation (Calabar, Ilorin, Jos, Kano, Maiduguri, Port-Hacourt, Sokoto) And Third generation (Abeokuta, Abuja, Akure, Akuwa, Bauchi, Makurdi, Minna, Owerri, Uyo, Yola) Lack academic stability to withstand the world best university.