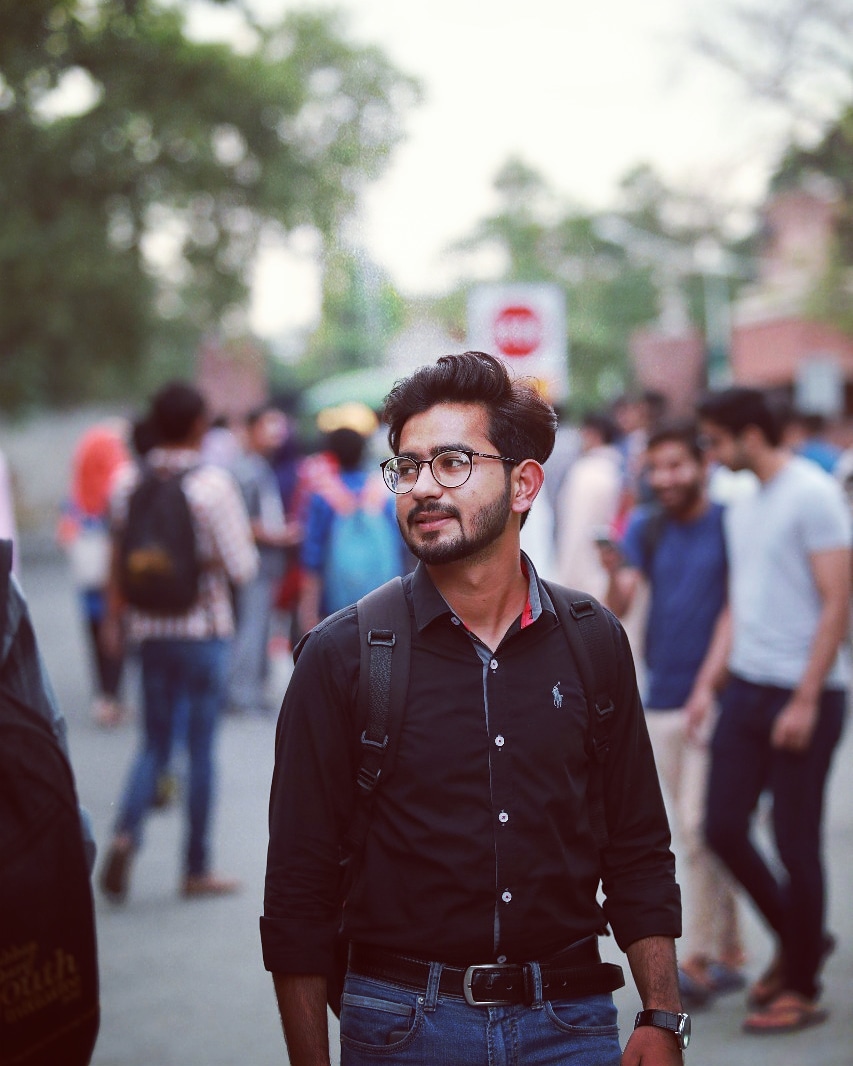 Sociology can be defined as the systematic study of society and social interaction. The word “sociology” means “reasoned speech about companionship”. How can the experience of companionship or togetherness be put into words or explained?. Sociology explains the biosocial, cognitive and psychosocial developments. 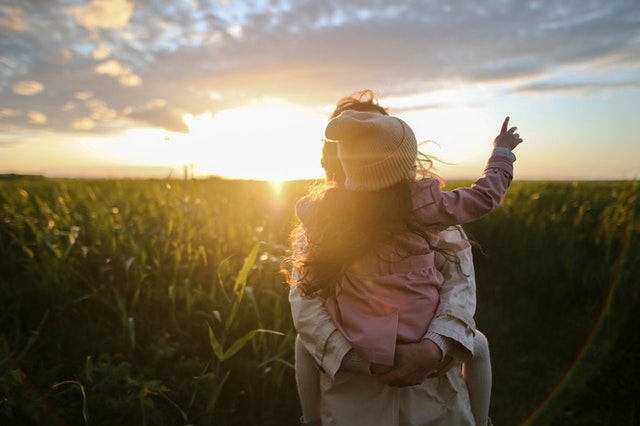 Sociology can be defined as the systematic study of society and social interaction. The word “sociology” is derived from the Latin word socius (companion) and the Greek word logos (speech or reason), which together mean “reasoned speech about companionship”. How can the experience of companionship or togetherness be put into words or explained? While this is a starting point for the discipline, sociology is actually much more complex. It uses many different methods to study a wide range of subject matter and to apply these studies to the real world.

It explains the biosocial, cognitive and psychosocial development of middle childhood briefly.

Middle Childhood- Kathleen Stassen Berger suggests that “the period between early childhood and early adolescence, approximately from ages 6 to 11 (healthiest and safest period of lifespan)” (292).

Following are some points discussed in the biosocial development of the middle child:

• The period between early childhood and early adolescence, approximately from ages 6 to 11

• ages 6 – 11 are the healthiest years. Least likely to die or become seriously ill. Relatively good health has always been true everywhere in middle childhood, but this is even more apparent today.

Worldwide, the current death rate in middle childhood is about one-fourth what it was in 1950 (United Nations, Department of Economic and Social Affairs, Population Division, 2015). In the United States in 1950, the death rate

Childhood Obesity- In a child, having a BMI above the 95th percentile, according to the U.S. Centers for Disease Control’s 1980 standards for children of a given age. In 2012, 18 percent of 6- to 11-year-olds in the

Asthma- A chronic disease of the respiratory system in which inflammation narrows the airways from the nose and mouth to the lungs, causing difficulty in breathing. Some experts suggest a hygiene hypothesis: that “the immune system needs to tangle with microbes when we are young” (Leslie, 2012, p. 1428). Overall, it may be “that despite what our mothers told us, cleanliness sometimes leads to sickness” (Leslie, 2012, p. 1428).

Reaction Time- The time it takes to respond to a stimulus, either physically or cognitively.

Attention- The ability to concentrate on some stimuli while ignoring others.

Aptitude- The potential to master a specific skill or to learn a certain body of knowledge.

IQ Test- A test designed to measure intellectual aptitude, or ability to learn in school. Originally, intelligence was defined as a mental age divided by chronicle age. Young children with a low IQ can become above average or even gifted adults, like my nephew David (discussed in Chapter 1). Indeed, the average IQ scores of entire nations have risen substantially every decade for the past century—a phenomenon called the Flynn effect, named after the researcher who first described it (Flynn, 1999, 2012).

Flynn Effect- The rise in average IQ scores that have occurred over the decades in many nations.

Multiple Intelligences- The idea that human intelligence is composed of a varied set of abilities rather than a single, all-encompassing one.

Equifinality- One symptom can have many causes.

While in the Cognitive Development following things will be considered:

Concrete Operational Thought- Piaget’s term for the ability to reason logically about direct experiences and perceptions. Piaget devised many classification experiments. In one, he showed a child a bunch of nine flowers—seven yellow daisies and two white roses. Then the child is asked, “Are there more daisies or more flowers?” Until about age 7, most children answer, “More daisies.” The youngest children offer no justification, but some 6-year-olds explain that “there are more yellow ones than white ones” or “because daisies are daisies, they aren’t flowers” (Piaget et al., 2001). By age 8, most children can classify: “More flowers than daisies,” they say.

Product of Cognition- Concrete thinking is specific, such as caring for a lamb until it becomes an award-winning sheep.

Classification- The logical principle that things can be organized into groups (or categories or classes) according to some characteristics they have in common.

Serration- The concept that things can be arranged in a logical series, such as the number sequence or the alphabet.

Zone of Proximal Development (Vygotsky)- peers and teachers provide the bridge between development potential and needed skills (the centrality of instruction). Thought processes in school are more important than rote memorization.

Vygotsky- children learn by guided participation (instruction), children are “apprentices” in learning. Language is integral as a mediator, a vehicle for understanding and learning. Culture influences methods of learning. Vygotsky believed that an educational system based on rote memorization rendered the child “helpless in the face of any sensible attempt to apply any of this acquired knowledge” (Vygotsky, 1994a, pp. 356–357).

Knowledge Base- A body of knowledge in a particular area that makes it easier to master new information in that area.

Control Processes- Mechanisms that regulate the analysis and low information

Metacognition- “Thinking about thinking”, or the ability to evaluate a cognitive task in order to determine how best to accomplish it, and then to monitor and adjust one’s performance on that task.

Industry versus Inferiority- The fourth of Erikson’s eight psychosocial crises, during which children attempt to master many skills, developing a sense of themselves as either industrious or inferior, competent or incompetent

Latency- Freud’s term for middle childhood, during which children’s emotional drives and psychosexual needs are quiet (latent). Freud thought that sexual conflicts from earlier stages are only temporarily submerged, bursting forth again at puberty.

- Influenced by cognitive development and feedback from others

Child Culture- The particular habits, styles, and values that reflect the set of rules and rituals that characterize children as distinct from adult society

Friendships- Children demand more of their friends, and change friends less often; typically between children between similar interests and backgrounds.

Aggressive-Rejected- Rejected by peers because of antagonistic, confrontational behavior

All these factors collective helps and affects the biosocial, cognitive and psychosocial development of a child.

The developmental tasks relevant in this study, which need to be mastered during middle childhood, are self-image, relationships, cognitive and language development, emotional development, gender role identification, and moral judgment and behavior.

Cognitive skills are the ability of an individual to perform the various mental activities most closely associated with learning and problem-solving.

Large motor skills concern the development of larger muscle movements that are responsible for running, jumping, and throwing. In infancy, crawling, lifting one's head, rolling over, and sitting up are examples of gross motor development.

Pragmatics- Practical use of language; includes the ability to adjust language communication according to audience and context

Linguistic Code-Switching- The school-age child (6-11) can switch from one manner of speaking, or language code, to another (formal vs. informal code)

Difference between family and social-economic status:

- ESL (English as a Second Language)- Intense instructions in English for all non-English speakers.

ELLs (English Language Learners)- Children in the United States whose proficiency in English is low, usually below a cut of the score on an oral or written test. Many children who speak a non-English language at home are also capable of English; they are not ELLs.

·        ESL (English as a Second Language)- A U.S. approach to teaching English that gathers all the non-English speakers together and provides intense instruction in English. Their first language is never used; the goal is to prepare them for regular classes in English

·        Progress in International Reading Literacy Study (PIRLS)- Inaugurated in 2001, a planned year cycle of international trend studies in the reading ability of fourth-graders

·        Private School- A school funded by tuition charges, endowments, and often religious or other non-profit sponsors

·        Voucher- Public subsidy for tuition payment at a nonpublic school. Vouchers vary a great deal from place to place, not only in amount and availability but also in restrictions as to who gets them and what schools accept them

·        Home Schooling- Education in which children are taught at home, usually by their parents

Child’s function, habits, and behavior is connected with surrounding that effects its biosocial, cognitive and psychosocial development.

Diagnosis and special education typically occur much later than seems best. Parents, teachers, and professionals need to come together to help children with special needs.

Some children are unusually intelligent, talented, or creative, and some states and nations provide special education for them. The traditional strategy—skipping a grade—no longer seems beneficial, but special classes for gifted and talented children are controversial. They may harm those left behind.

Vygotsky stressed the social context of learning, including the specific lessons of school and learning from peers and adults. Culture affects not only what children learn but also how they learn.

Language learning advances in many practical ways, including expanded vocabulary, like words, are logically linked together and as an understanding of metaphors begins.

No matter what the family SES, instability and conflict are harmful. Children suffer even when the conflict does not involve them directly, but their parents or siblings fight.

This is how the child’s function relates to the theories of middle childhood.