Leadtots and Human Development Services to launch a rapid response funds, with support from National Endowment for Democracy (USA), to help young people who were beneficiaries of the Leadtots projects (inclusive of the Youth Civic Engagement Trainings, DE-Watson Leadership Academy or members of the Youth Political Hotspots in Bauchi, Gombe, Yobe, Taraba and Adamawa states) to lead projects that addresses community impacts of COVID-19. 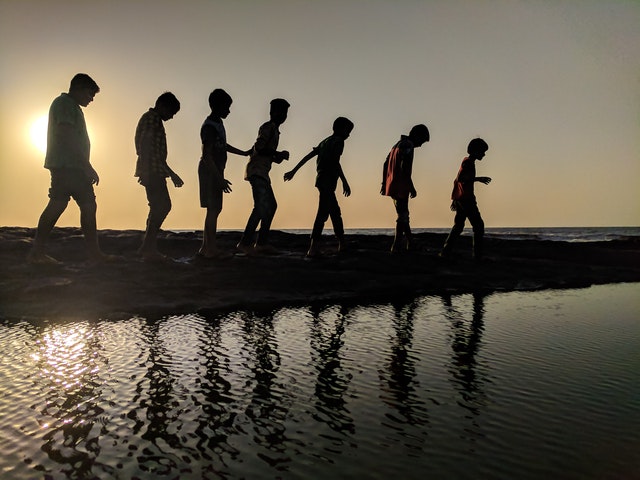 It is no doubt that the world is already battling another global pandemic with the massive outbreak of the COVID-19 epidemic. This outbreak had come with numerous challenges on the poor health infrastructure in some nations, with Nigeria included. This outbreak has further posed survival challenges, to the low income Nigerians. In the midst of these challenges, is the misinformation and rumors multiplied across various media platforms which undermine the efforts that are being made to help combat the dreaded Coronavirus (COVID-19). This is particularly challenging for youth groups who seek to counter the effects of the outbreak on their own local contexts.

In the midst of these all, the younger populations are much of at the very receiving end, as they are the most affected. Nevertheless, youth are also among the most active in global responses.

The coronavirus has caused the dead of not only humans, but also with effects upon businesses, companies halting there operations and having to change from the normal, to working from home, families struggling for survival, loss of jobs, and many more. Nations all over the globe have had to draw out measures to follow (in line with that stipulated by the World Health Organization), in order to curtail the further spread of this dreaded diseases. And, Nigeria as an independent country is not left out in the duty towards ensuring the safety of its human population, and also the maintenance and sustenance of the environment.

The safety measures issued out include:

The caption of it all remains that; our individual and collective safety matters.

The North eastern part of Nigeria is not left out in the fight against the pandemic; as all the six states in the region have had a record of infected and suspected cases. And, these have had to put the region in a state of concern, so as to assure safety of lives. The states that comprise the North east region are: Adamawa, Bauchi, Borno, Gombe, Taraba, and Yobe; with all states having more than half of its population being the youths. Health wise, the region has also suffered from various ravaging health situations, some of which the Lassa fever is part of.

And, in order to project the youth voice on the scorching effect caused by the pandemic, online and print survey forms were drafted out to acquire responses from majorly youths resident in the North eastern states on how they have been affected. There were 71 online responses and 50 print copy responses.

As a means of having to change alongside prevailing situation, a number of the youths have had to also change in their mode of dealings to online platforms, which was not as much as it is now, in percentage usage, before the pandemic. And, the traditional means of engaging the youths in the region have been adversely affected. Though, with consequent effects upon sporting activities, business ventures, community youth forums, skill acquisition avenues etc., major aspect which the youths are directly involved with, which has greatly affected the region’s youth populace is in the field of education.

Some states within the region were on partial lockdown, before going into total lockdown. It is however pertinent, the variance in economic balance which the North eastern region currently is, with its counterpart regions in the country. Majority of the region’s populace are persons of daily livelihood means. This would again depict the slow pace at which the region is moving, in terms of economic development.

Various youth led organizations have been taking steps towards continual engagements of the youths within the region particularly, through virtual means. Organizations such as Leadtots, held two online webinars addressing issues of “Youth Unemployment, Political Stability, and Financing Youth Development in Post-Pandemic Era”. The Young Leaders Network (YLN), also an NGO based in Bauchi recently held an online session on “The Future of SDG Goal No.3 and 4 (Health and Education respectively) in the Post Pandemic Era”.

Cite This Article As: Abednego Ishaya Wakili. "The Effect of COVID-19 on the Youth Population and Youth Organizing ." International Youth Journal, 23. August 2020.